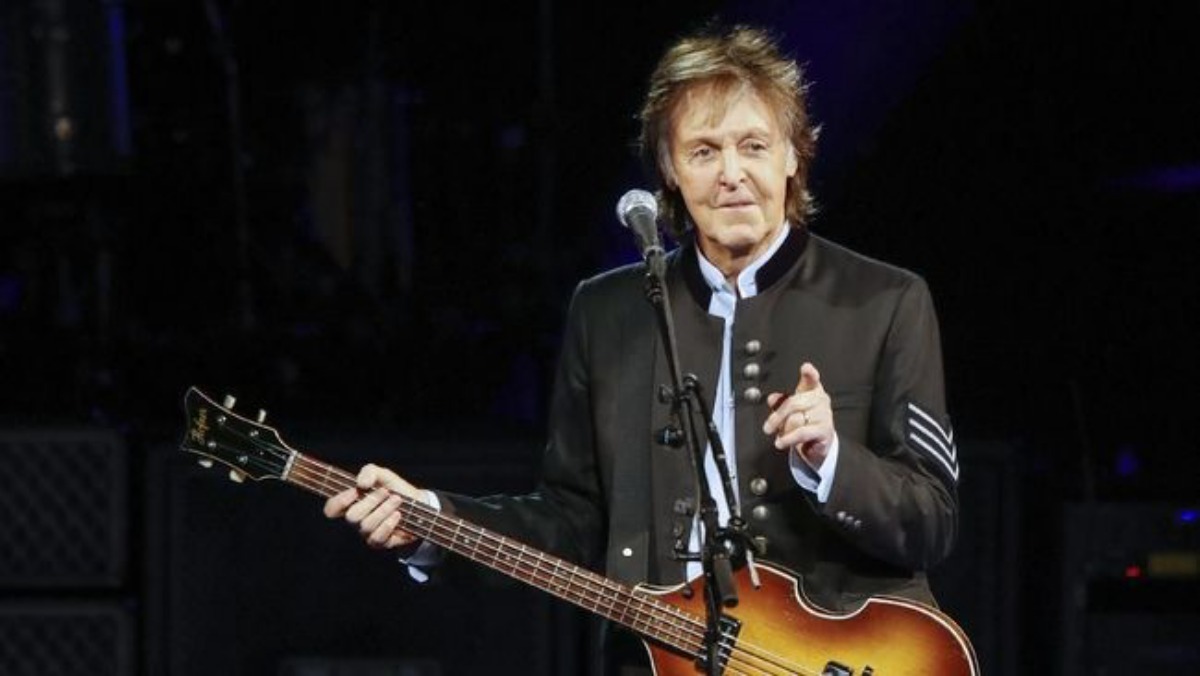 There is no doubt that The Beatles is one of the biggest and the most talented rock music bands in history. And recently, its former guitarist Paul McCartney appeared in an interview, talking about the car accident they survived.

Even though The Beatles was disbanded more than four decades ago now, after a ten-year career, their music is still a huge inspiration and joy source for people. Some of those songs of the beloved rock band’s that are still listened to all around the world are Hey Jude, Come Together, She Loves You, Let It Be, A Hard Day’s Night, Blackbird, A Day In The Life, Here Comes The Sun, In My Life along with many more.

And the band’s former guitarist Paul McCartney recalled the car accident they survived when The Beatles tour bus was caught in a blizzard with their roadie as the van slid off the road and turned on its side. The regarded musician was asked if he feels that he was granted a second life.

“Yeah, I think so. That wasn’t so much the thought at the time, it was more like, ‘How are we going to get to Liverpool?’,” starts McCartney answering.

“Out of that, though, I always thought it was one of the greatest mottos, which is like, we’re standing around, the four of us with the van out of commission and our roadie thinking, ‘Oh my god, how am I going to get this…?’ Because it was a slope that we’ve gone down. You couldn’t just drive the van back up the slope. We’re sitting around, and somebody said, ‘Well, what are we going to do now…?’

And then one of us, I can’t remember which, said, ‘Something’ll happen,’ and it was like, ‘Wow, that is the greatest quote ever!’ Because in life, when you’re facing these crazy things, something’ll happen, and it always seemed to console us.

And I’ve told quite a few people since then, when you’re in your darkest moments, just remember that incredibly intelligent Beatle quote, ‘Something’ll happen,'” says the talented guitarist of The Beatles, and continues telling how he survived from that accident.

“A lift, we got a lift through the lorry. And it took us through the blizzard and up to Liverpool, so something did happen. I mean, I know that’s kind of a very stupid thing to say, really, but it worked. Sometimes, that’s all you need, just something to get you out of that particular worry, and it worked for us.

So that was it, ‘Something’ll happen.'”

After recalling his near-death experience with his band, Paul McCartney also talks about what he wants out of life and what gives him pleasure and meaning, as he also gets closer to his 80th birthday.

“Family. I have eight grandchildren, I have a fantastic wife, I have lovely kids, and I think that is definitely the focus. I’m very lucky to still enjoy creating music, and I have a great band, so the focus there is pretty much the same, which is just to enjoy making music.

I think spending more time with my grandkids, I think it’s what most grandparents would say, you know, ‘Hey, I can’t believe I’m a grandparent!’ I mean, I’m 25 years old actually, I just look older, and I think my birth certificate was falsified.”

Afterward, the talented former guitarist of The Beatles also explains his vulnerabilities, insecurities from his youth that have stayed with him, after he was asked.

“I mean, I think there are two answers to that. It’s like, ‘No,’ or, ‘All of them.’ It’s great because of that, all the paradoxes and everything, it is great. What did Shakespeare say? Like, ‘There are more things in heaven and earth than you dreamt of in your philosophy,’ and that’s true,” starts McCartney reflecting.

“I don’t know, who knows? I think the answer really is, ‘No.’ I think I’ve kind of worked most of them out, and I don’t think there are any. But you’re just still this little person inside this body with all these thoughts that nobody else knows about,” finishes The Beatles guitarist telling.

You can also hear the whole conversation of Paul McCartney, as he talks about The Beatles and more, down below.