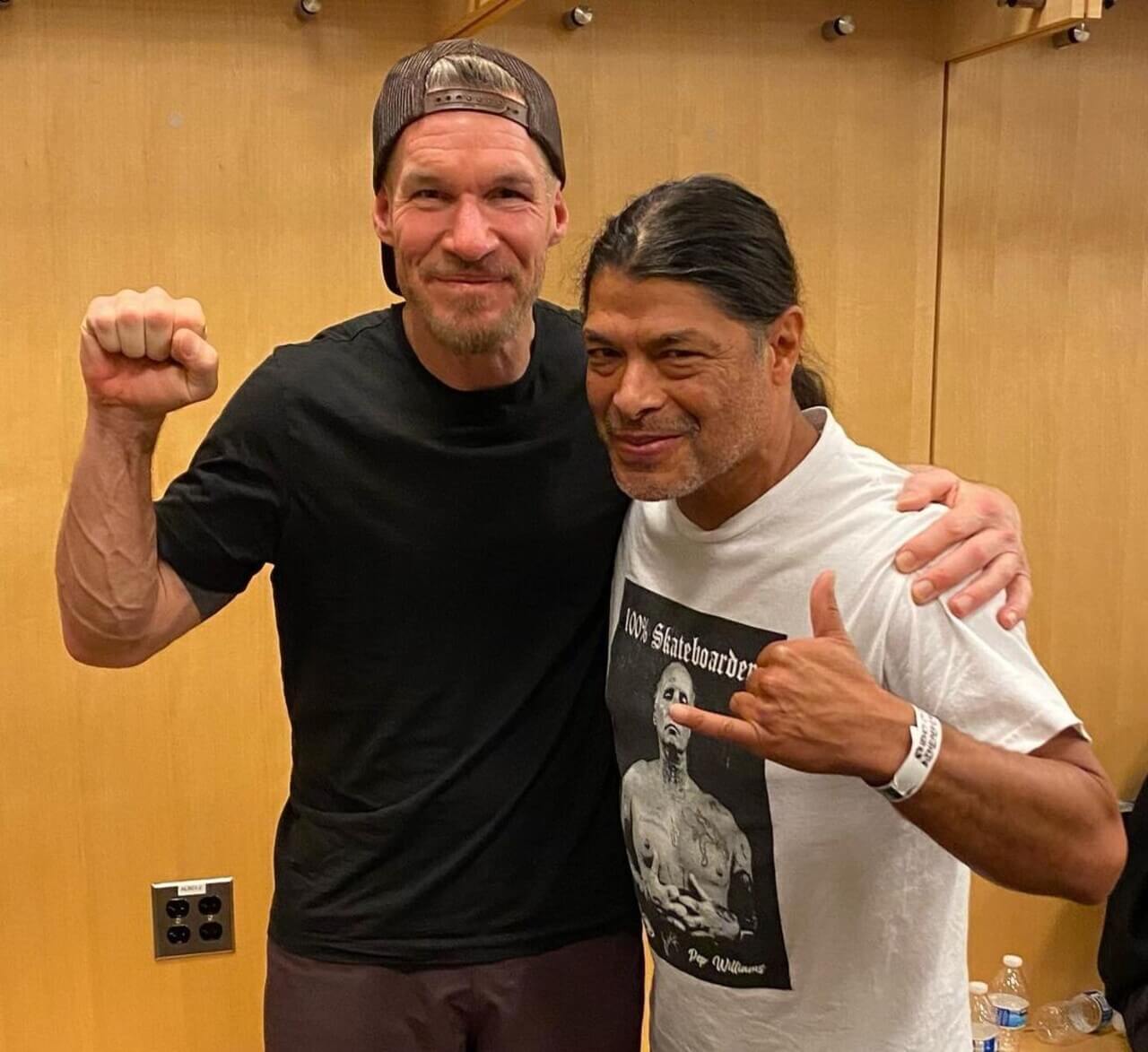 Rob Trujillo opens up about which metal and rock bands he is proud of. Metallica bassist paid tribute to Rage Against the Machine and Suicidal Tendencies after their concert in Madison Square Garden in NY, USA.

In the 90s Suicidal Tendencies were touring to promote their “The Art of Rebellion” album and they paired up with an unsigned group known as Rage Against the Machine as openers for the European part of the tour. A year later their paths crossed once more, and they reconnected, and Infectious Grooves opened for Tom Morello and the gang. After the release of RATM’s debut album and then the success that followed.

Regarding, the relationship between the two bands appeared strained which culminated in the band’s Suicidal Tendencies singer Mike Muir calling out the rappers of the rap metal genre in the song from 1994 “Do What I Say”, Rob seems at peace with the Rage Against the Machine‘s studio days.

However, a few days ago Rage Against the Machine announced it. They force the band to delay their 2022 UK and Europe “Public Service Announcement” shows in part due to “medical instructions” from the guitarist of the group Zack de la Rocha following his injury.

Now, Rob Trujillo shared a backstage photo of himself with Rage Against the Machine bassist Tim Commerford on his Instagram account:

“Timmy C killed it last night! So nice to catch up w/ the mighty groove master, and his tribe. Madison Square Garden got a funkified Ass kickin’ (in the best way) RATM throwin down as they always do! I was so proud of these dudes last night, they did their first ever tour opening for Suicidal just before the release of their first record in Europe, and here they are 30 years later selling out 5 shows at The Garden.”

Watch the Killing In The Name – Rockin’1000 performance below!