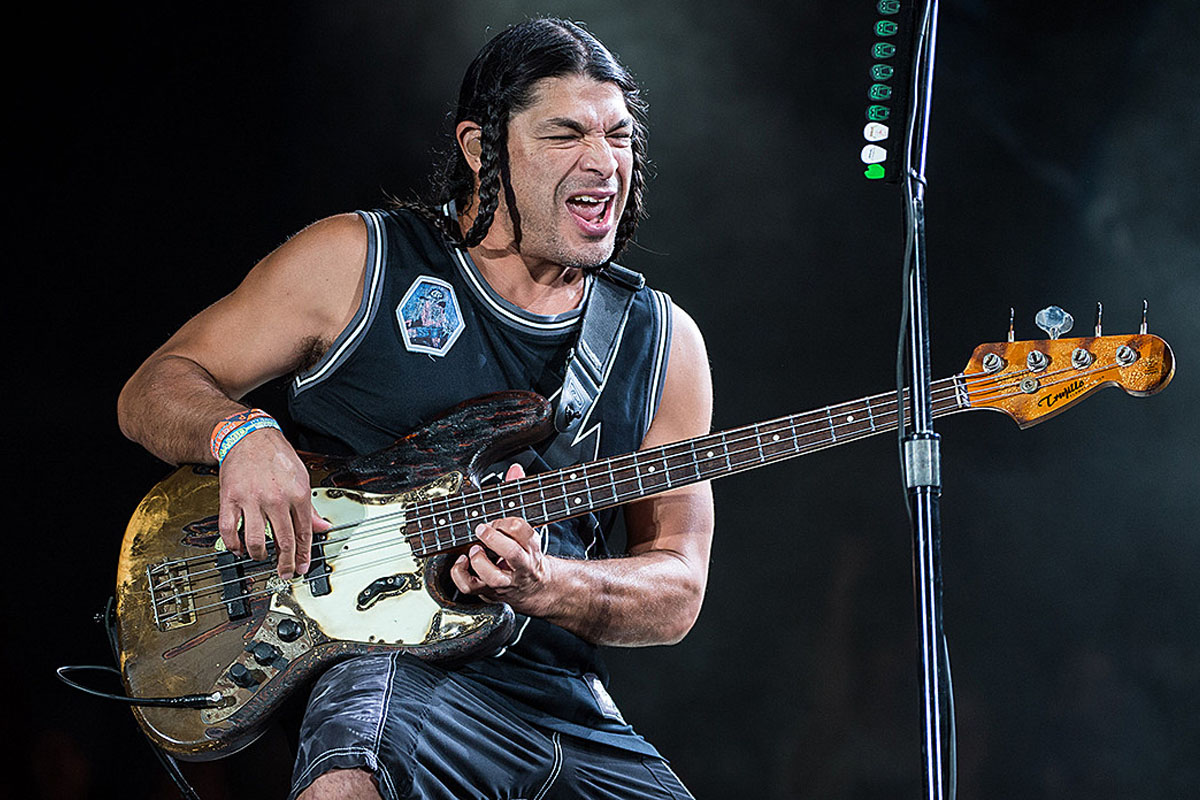 Rob Trujillo is the famous bassist for the American heavy metal band Metallica. He started his career on thrash metal band Suicidal Tendencies. In 1995, Rob Trujillo left the band, he joined Ozzy Osburne. After that, He joined the Metallica band in 2009.

Rob Trujillo is known as a Metallica guitar player. He really loves the visuals on the Porcupine Tree music band’s concerts. In 2014, he talked about how they met Stave Wilson and on the interview. Also, he said how Porcupine became an inspiration for Metallica:

“I’d been communicating with Nick Beggs about a film that we’re making about Jaco Pastorius. He told me he was working with Steven Wilson. I’d heard of Steven but I wasn’t familiar with his solo stuff. So he said they’d be in LA at the House Of Blues, and would I like to come? I came down not knowing what to expect and I came out of there a different person! It was amazing and inspiring, and it touched a place in me creatively that was powerful.

“One of my friends is a drummer called Brooks Wackerman. He’s a fan of Porcupine Tree. The second time I went to see Steven Wilson with my wife, right up in the nosebleed seats at Club Nokia, there’s this different drummer, not Marco. I’m like, ‘Wow, that guy looks like a Wackerman!’ And it was Brooks’s brother Chad! That show was on another level. I saw the video production, the animations… it was a huge moment for me. The collaboration with Jess Cope is really special. Positively, I’m almost jealous – I wish we had a collaborator like that for Metallica. It sounds crazy, but I love that stuff, and I’m a big fan of Pink Floyd and they use that visual side well. When I saw The Raven… live, I had tears in my eyes, it was so powerful. Steven certainly opened that door for me again.

“Now every time Steven Wilson comes through LA, I’ll have to go. He’s like a new artist for me to discover, and I’m excited for Nick because even for him this is new territory, and he has a lot of freedom. Each guy in the band has a strong stage presence, and you can see them blossoming with every gig. I have waved the flag in Metallica for Steven Wilson. I think that when they see him live they’ll be impressed. Metallica is certainly open to trying new things – Lou Reed, Lang Lang… go back to the S&M album with the symphony orchestra, that was a huge step forward. There are a lot of possibilities for our future.

Without a doubt, Metallica is the most innovative band. They remind me Black Sabbath early days. They have been trying different things since they established the band. That’s why they caught popularity beyond their expectations. When we look back from 2022, we can easily say that they reinvented metal with their new style.

“To me, Steven ranks with Radiohead, Nine Inch Nails, or the Beach Boys; he’s capable of anything. I’m so happy that I found him!”

At this point, we can easily say that Steven Wilson accomplishes to impress famous bassist Rob Trujillo. Although they were a new band, he ranked them as a good band.