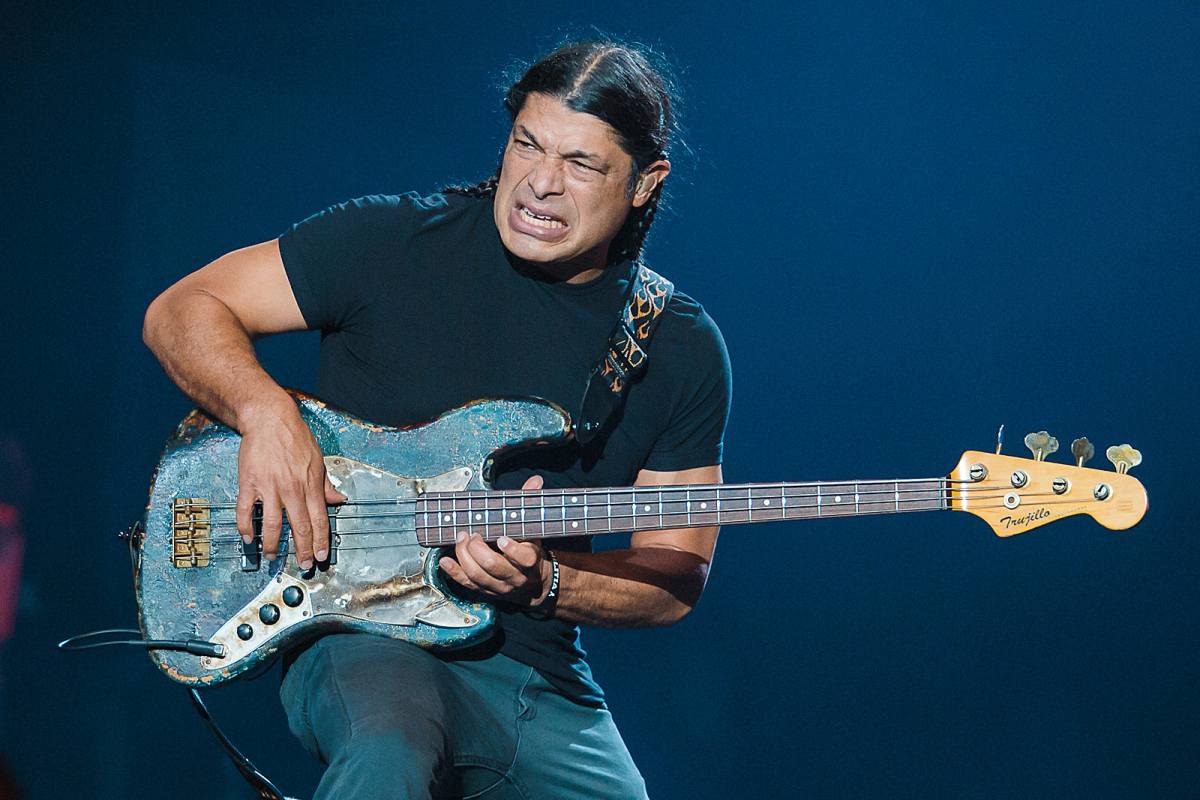 The bassist of one of the most successful and regarded bands Metallica, Robert Trujillo has recently appeared in an interview. During his appearance, the talented musician talked about Metallica, Ozzy Osbourne, and their fun and weird memories, along with much other staff.

As the legendary metal band Metallica has celebrated its 40th year anniversary, its bassist Robert Trujillo talked about his band, revealing the craziest song of it, touring, and Ozzy Osbourne‘s weird behaviors, among many other subjects. Trujillo started telling, first, his favorite deep cut, which he also described Metallica’s craziest song, after he was asked either wish to perform or have performed live.

“My favorite deep cut with Metallica is, by far, ‘The Frayed Ends of Sanity.’ That is a song I think we’ve played twice, maybe – not more than three times. We did play it a couple of times on tour, but it is a rarity, and that song is probably the craziest of the Metallica archive or catalog, and it is a deep cut,” revealed Metallica bassist and continued explaining.

“What I like about that particular song is that it has all the ingredients that I like about Metallica. It has the power grooves, the stuff that makes you headbang, but at the same time, it gets crazy in the middle section. Was it Lars talking about it, he’d probably somehow call it sort of ‘mathematical’ or whatever.

It feels progressive like that, and that’s what I actually like about it because there’s something that’s loose and reckless, but at the same time it’s tight, so it has to be a conceived body of music in that section. ‘The Frayed Ends of Sanity,’ that would be my deep-cut choice. I don’t know if we will play that one again, but I hope so. That’s the one for me right there,” finished the talented musician Robert Trujillo answering.

After revealing his favorite deep-cut, Robert Trujillo was also asked about his proudest moment with Metallica and had hard times as he tried to answer that. But for starters, the talented bassist started telling one of his memories with Ozzy Osbourne, instead.

“For instance, I can remember my proud moment with Ozzy, because I toured and played with Ozzy for a while. And I remember it was Las Vegas, we had just played an amazing show, and I remember specifically, it think it was the song ‘Sweet Leaf.’

And he and I started doing this dance together what ended up becoming the ‘crab walk.’ He would do all kinds of weird stuff – he’d pull your hair, scratch you, try to bite you, something weird. I was warned about this, and he would do that.

“Here’s a guy that I grew up listening to – obviously, with Black Sabbath, and then his solo material, and playing Ozzy’s music in backyard parties back when I was 16 years old – and now here I am, doing a crowd walk with this guy, on stage, in front of 18,000 people, in a sold-out arena,” explained Trujillo deeper and added his feelings back then, saying, “it was mindblowing,” and then jumped into talking about his moments with Metallica. As he talks, Robert Trujillo also mentioned and explained the ‘doodles’ of Metallica, and how they had occurred, as well.

“And with Metallica, there are so many moments, but I do have to say that some of my proudest moments were with Kirk on the last European tour. Playing in these massive soccer stadiums, and playing songs that were sorta native to these cities, or even those countries.

We would take a song and learn it from an artist from that country. I’ll just give you one example: in Paris, France, we played a song by an artist known as Johnny Hallyday. 85,000 people, nobody knows what we’re going to play, kind of like street musicians, and Lars and James are taking a break.

We walk out there, he’s got his guitar, I got my bass, it’s almost like, ‘Where’s the hat? Where do they put the money?’ – literally like that, stripped-down, naked. And we get out there, we start playing the song, ‘Ma Gueule,’ and it’s by Johnny Hallyday. I’m telling you, people were in shock, but in a good way.

It was tears and smiles, and it made the news, and there was a lot of this that happened through all the different countries and cities throughout Europe. We would choose an artist, cover that artist, and play that song, two-and-a-half minutes to three minutes.

I’m singing in the language, so it gets really challenging. We’re talking Romania, we’re talking Poland, we’re talking Spain and Portugal, and Sweden,” told Robert Trujillo as he continued reflecting his feelings, pointing those moments as the highlight moments of his life.

“I sang in Swedish. That, to me, was one of the highlight moments of my entire existence as a musician, especially in Metallica, because I don’t even know if I could ever do that again. Sometimes I think about it, and I go, ‘Man, you were crazy, Kirk and I were crazy!’ That happened just before the pandemic, we were doing that in these football stadiums.

So, there you go. Those were called doodles, these were the doodles, so the doodle moments overseas, huge for me, personally.”

Ultimately, there is also another recent interview of Metallica bassist Robert Trujillo, where he explained more deeply about those doodles and their occurring process, which you may want to check out, as well.