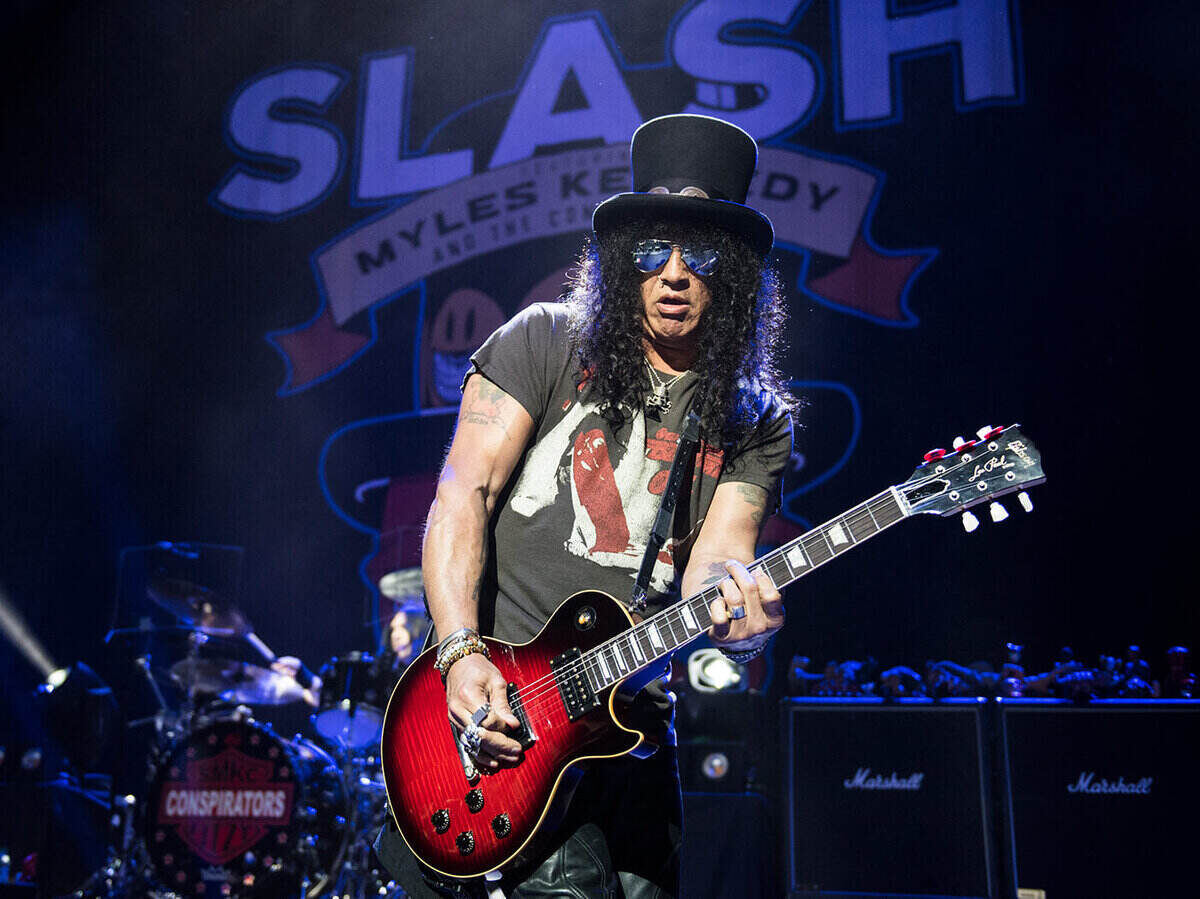 During the ’90s and early 2000s, we’ve witnessed a lot of musicians struggling with their addictions. Some of them were fighting alcohol addiction, some oıf them were on a worse path and struggling with drugs. But when a time came, we’ve seen a lot of them taking rehab, or trying different techniques to quit their addictions. Even some of the biggest names in the music/rock industry were having those moments. One of those big names was Guns N’ Roses guitarist Slash (also known as Saul Hudson).

Today is a big milestone for Guns N’ Roses guitarist, one of the most known names in the rock industry Slash. Because today (July 4) he is now celebrating 15 years of sobriety. Slash’s longtime girlfriend shared a photo of him and Jimmy Webb (American songwriter, composer, and singer with numerous platinum statuses) and write those words in the description:

Baby, Congratulations on your 15 YEARS of SOBRIETY! “An addict who achieves recovery is capable of achieving anything.” (wise words someone said) I am so very proud of you every day but today I am so very extra proud of you. I love you to the moon and back! #recovery#youaresexyandsober#strength#bestmanyoucanbe#slash#happy4thofjuly

This process was not an easy one for Slash. Before starting his sober days, he was diagnosed with congestive heart failure (cardiomyopathy) due to his heavy drinking in 2001. But he is not a person who hides his past. He openly talks about his past and shares his experiences on this road of sobriety. Here are some of the words about his struggles and experiences.

“I come from, not an alcoholic background, but my dad was a drinker and people in my family were drinkers, and being born in England that was just part of pub culture”

I know that if I thought I could casually have a drink or casually do whatever, that would leave that door open. I know how that works, because I’ve done it before, so I just abstain from it altogether.”

He also shared his experiences and battles on this road in his autobiography Slash, which was published in 2007. He talked about how he started to this road and how he continued on this road:

“I wasn’t fine. But I was almost ready to admit it. I knew that my debauchery needed to end. I had planned to get some space from my wife and from my band after I’d allowed myself those predetermined four months to let it all hang out; I knew I was in need of some solace and quiet. And I got it. This time rehab turned out to be really good for me, because this time I surrendered. First I kicked the drugs, then I cleared my head and did some work on figuring out why I liked to put myself in the same position over and over again. Early in the morning of July 3, 2006, I checked into rehab. I did a full thirty days, I fully surrendered… I learned more about myself than I ever thought was possible. And I’ve been sober ever since.”