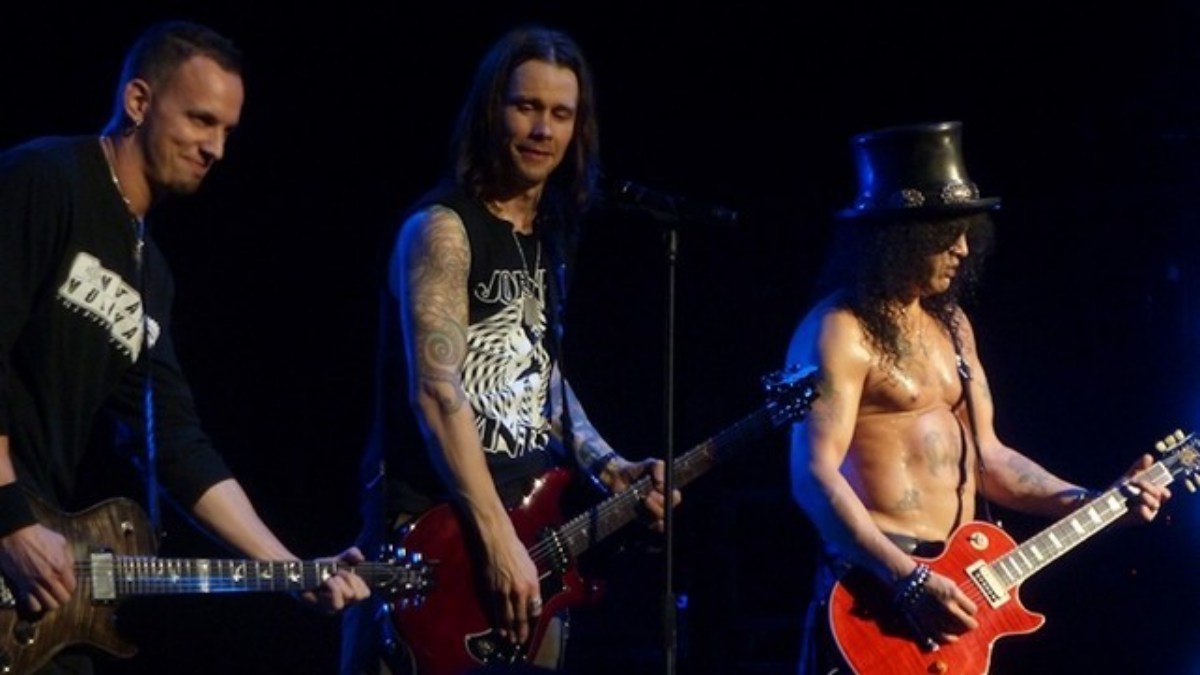 While there is almost no time left for Slash, Myles Kennedy, and The Conspirators’ upcoming album to arrive, some videos of the musicians while working on the album have come along to offer fans a little glimpse to ease their excitement before the album arrives on February 11. You can also see the video of Slash and Myles Kennedy & The Conspirators making their upcoming album shortly after, down below.

Before releasing a new single from 4, titled Call Off the Dogs, Slash ft. Myles Kennedy and The Conspirators released an official music video, which was shot in Los Angeles with the director of Gibson TV Todd Harapiak for the LP’s first single, “The River Is Rising” at the end of the last year, October. while all the fans around the world have been waiting eagerly for their upcoming album, which is about to go released in less than a month, the musicians also gifted their fans at the last minute issuing the third single from the album, Call Off the Dogs.

The upcoming album ‘4’ of Slash Ft. Myles Kennedy & The Conspirators will be released on February 11 via Gibson Records in partnership with BMG, writing its name to the music history as the first-ever album to be released on the label. And the album will also be the fifth solo album and fourth overall of Slash, featuring Myles Kennedy on vocals, Frank Sidoris on guitar and vocals, Todd Kerns on bass and vocals, and Brent Fitz on drums.

While “4” will be Slash’s fifth solo album and fourth to be released with Myles Kennedy & The Conspirators, they all traveled together to Nashville, Tennesse passing through across the country to record their new album at RCA Studio A with producer Dave Cobb along with John Prine, Brandi Carlile, Chris Stapleton, and Jason Isbell’s contributions. As a result, they captured a whole different and fresh style and sound in the studio, which made all fans much more eager to hear out the whole tracks of the upcoming album as their producer Dave Cobb reflected that the band wanted to share the tracks live for the amazing sound and style they captured live in the studio while recording.

As for the previous albums of Slash, Myles Kennedy, and The Conspirators, they all peaked at tops on Billboard charting debuts in the U.S. along with also peaking at Top 10 on 12 major charts, which makes sense why all fans haven’t been able to stand waiting to unite with “4” as the talented musicians have kept raising everyone’s expectations every effort they released. The three Slash ft. Myles Kennedy & The Conspirators albums have already garnered 10 consecutive Top 5 Radio singles so far, along with being highly acclaimed for the musicians’ performances, paying off all of their amazing efforts to provide their fans a great deal of musical feast.
In the meantime, the upcoming album “4” also has written its name to history for being the first-ever album to be released on the new Gibson Records label, as well.

And just before their new album release, Slash, Myles Kennedy, and The Conspirators will kick off their North America tour on February 8 at Portland, Oregon, as they will be wandering 28 major cities, including Los Angeles, New York, Boston, and more, and wrap off their tour on March 26 at Orlando, Florida.

Above all, you may also be interested in what Slash reflected earlier on how the recording of their new album with Myles Kennedy & The Conspirators was quite an adventure and a memorable experience for him, here, along with many other things he said during one of his recent interviews.

Ultimately, here is the video of Slash and Myles Kennedy & The Conspirators making their upcoming album shortly after, down below.