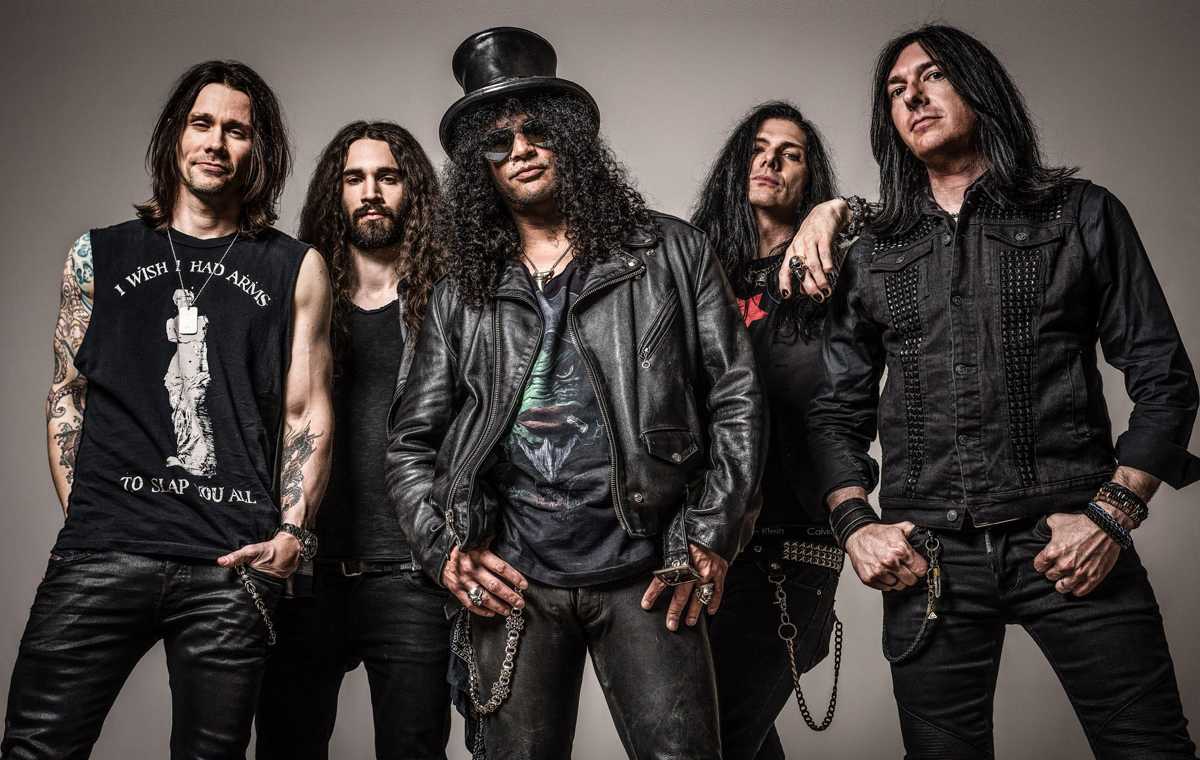 Appearing in a new interview, the talented guitarist Slash talked about his new album, his relationship with Axl Rose, along with many other things, including their reunion tour with Guns N’ Roses.

The beloved guitarist Slash is also a member of his own side project with Myles Kennedy & The Conspirators, outside of his tenure with Guns N’ Roses, releasing 4 studio albums so far. And as the talented guitarist and his side-project band have been promoting their new album, titled 4, Slash has also made an appearance on a new interview, reflecting that recording of their new album was quite an adventure and a memorable experience for him, first.

“We went in and we did this album live. We did it in about five days. It was a lot of fun to make,” continued the talented musician.

But still, not everything goes well, it turns out, as Slash continued to tell their recording days. He explained that even though they were extremely careful at all times, they all caught Covid together during the process, as well. Although they even have been traveling by bus for a while to avoid the tight and crowd transformation of planes. But luckily, Slash confirmed they are all okay now, as he had gotten vaccinated right before he caught the disease. While discussing those, the talented musician also added how the pandemic influenced their new project with Myles Kennedy and The Conspirators, saying “there was pent-up anxiety going into the music, wanting to get together and actually play after not playing for what had been a longer period of time than any of us are used to,” and continued.

“That had a lot to do with sort of the urgency vibe of the record. Recording it live was very cathartic. It was a big release to get in a room and play.”

Afterward, Slash also continued telling how he’s excited about the 4’s upcoming tour in February along with expressing also how he enjoyed and loved his latest tour with Guns N’ Roses. Slash said he’s looking forward to touring for the “4” album in February and loved the tour he did with Guns N’ Roses, saying it went incredibly well, especially with thank the relationship between him and his bandmates.

“When we got back together, that whole chemistry and that thing that makes what Guns N’ Roses are for me and Axl and Duff it all just sort of came together. After that long period of time, we’d sort of forgotten what that was like,” the talented musician said and continued giving credit to their relations.

“Everybody got along great. That’s actually why the tour has kept going because initially it was just going to be a couple of shows.”

Slash’s new album with Myles Kennedy and The Conspirators, 4, has written its name to the music history as the first-ever album to be released on the new Gibson Records label. And eventually, the upcoming North American tour of Slash, Myles Kennedy, and The Conspirators will give its start on February 8, in Portland, Oregon, as they will be wandering 28 major cities, including Los Angeles, New York, Boston, and more, wrapping up in Orlando, Florida, on March 26.

On the other side, while promoting the new album 4, Slash also appeared on a radio channel recently as well, giving his opinions for Eddie Van Halen. Slash named Van Halen’s lead guitarist as a guitar “innovator,” “a gifted musician” and “an amazing artist,” in an earlier interview of his, as well.