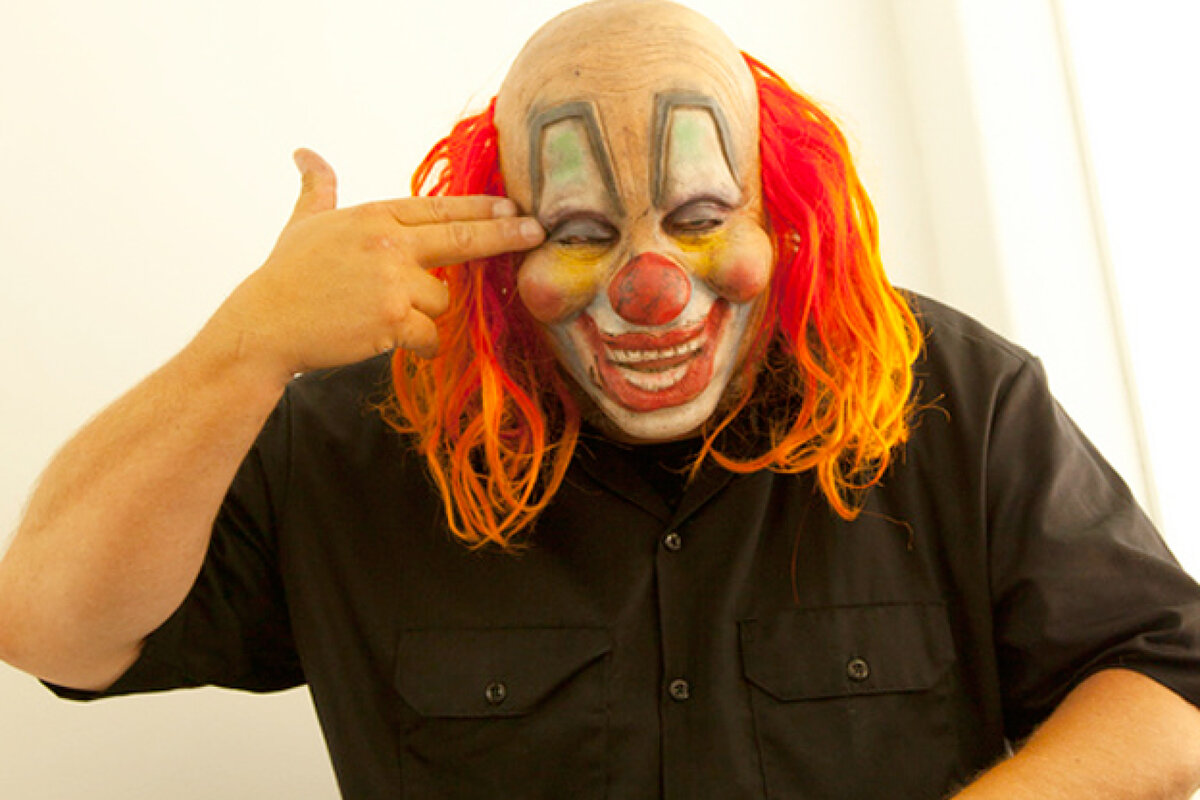 The fans are waiting for the new album that Slipknot is working on for a while right now. But during the waiting period, they are getting some content. Not from the Slipknot but the percussionist Clown.

Michael Shawn Crahan or with his stage name Clown is working on some solo projects for a while now. A couple of weeks ago he started releasing some songs from that project. Now today, the number of Clown’s songs increased to 9. The last 3 songs named “The Head In the Noise“, “Trip In Blue” “Listen To The Whispers” took their places on the YouTube channel. All of those songs in the Clown’s solo project shared under the name of “Brainwash Love“. And as we talked about in the previous articles about this solo project Clown is working on for a while, his songs have new and different sounds. Let’s take a look at those new songs and how they sound.

First off, we have to Listen to the Whispers which have a heavy and electronic sound. Despite having pretty hard music, the electronic touch made the songs a bit more modern and danceable. Through to the end, it gets more slow and hard. And for the music video, they’ve used a face moving behind a fencing mask.

The other song is Trip in Blue, which has a spider making a web in the music video. This one is a song that slowly builds up. Starts calm, slow, and quiet and reaches to melody in the middle. Even after that, this is a slow and steady song.

The other song from those 3 is The Head in the Noise. This one has a bit of an interesting music video and a different kind of sound as well. For the music video, we see a masked person wawing their head back and forth. For the sound, we can say that this is a sinister and instrumental song. Also, it is a bit of a short song compared to the others. Here it is.

We don’t know if we are going to get more songs from Clown or not. But either way, it is very good for Slipknot fans to listen to some different sounds while waiting for the new album. Speaking of the new album, Slipknot band members spoke very highly about this upcoming album. They also shared the information about they planning to complete the album by the end of June.