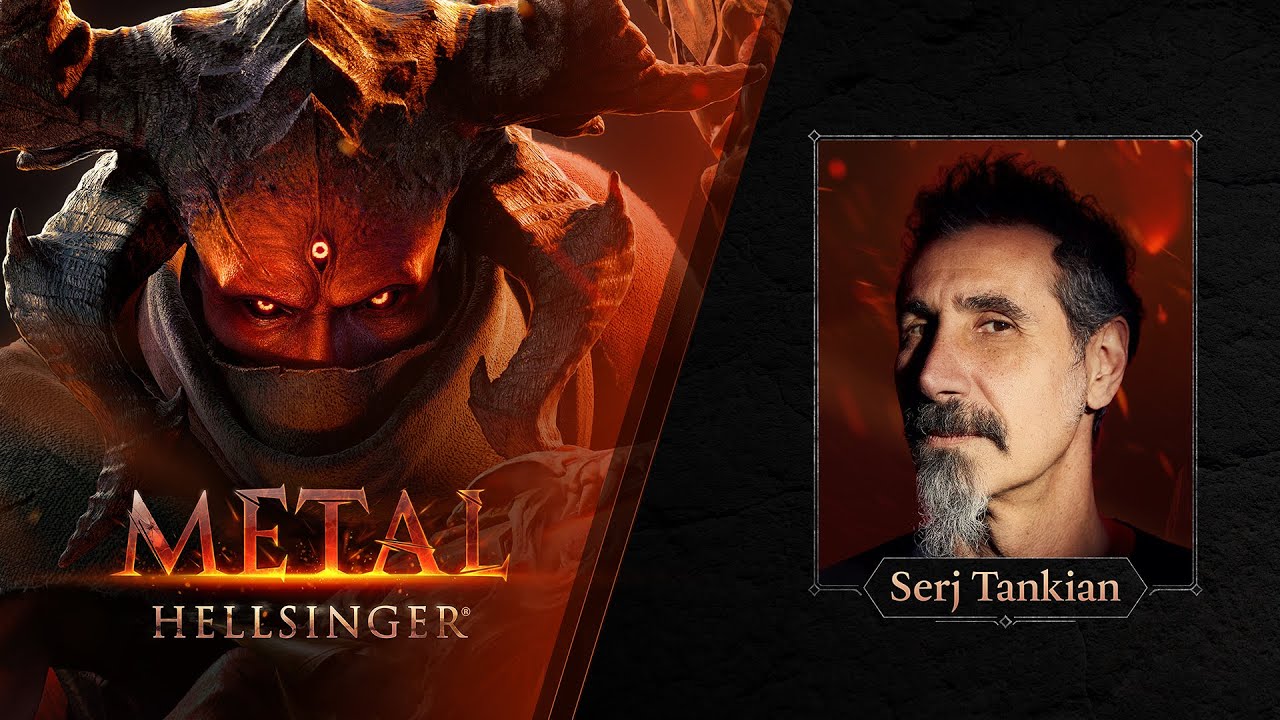 System of a Down frontman Serj Tankian shares which games would ruin his music career. Serj Tankian was a huge video games addict.

Tankian claims that his addiction had a negative impact on his health. He was also concerned that it could end his career in music. Serj Tankian says he needed to quit the PlayStation two times but on the first try, he couldn’t do that. The most recent one of Tankian’s latest video game ventures includes “Metal: Hellsinger” to which the singer lent his renowned vocals to a track. Alongside Serj Tankian, the game includes heavy metal singers like Arch Enemy’s frontwoman Alissa White-Gluz, Trivium frontman Matt Heafy, Dark Tranquility’s frontman Mikael Saintanne, Lamb of God’s frontman Randy Blythe. However, the release date of the “Metal: Hellsinger” game.

“Your ability to shoot on the beat will enhance your gameplay experience. The more in sync you are with the rhythm, the more intense the music will become and the more destruction you will cause. Defeat the demon hordes with a skull-clad blade or a wide range of murderous guns.”

(That’s one thing that’s) different about this game. You gotta really be a part of the song and the rhythm to gain the points. (And the song I cut the vocals for…) It’s really incredible, really fast, really heavy, very interesting, and very progressive. And that’s why I decided to join and be a part of this. I loved the song. It’s 7 minutes, and it takes you on this crazy journey. It’s very fast and very rhythmical so your fingers… you will probably lose some ligaments.”

His addiction to video games:

“In my early 20s, I was a gamer. I used to have a PlayStation and all that stuff… (I was) playing way too many NBA Jam games and my fingers got really messed up. This is before I started touring with System of a Down.

At one point I realized this is getting really addictive… and I shouldn’t be doing this. I’m hurting my hands, and I need my hands to play, etc. So I stopped gaming. Then, years later, there was a company that (wanted me to do) some music for a video game and I was like ‘Oh, that’s great…’ but then I realized I don’t have a console. I was embarrassed. So then they sent me a console and some games. And what do you think happened? I was up until like 10 PM, in bed, going crazy, and again getting addicted to it. So, I got rid of it again! So, I’m not doing (video) games now, but I love doing music for them.

Creative outlay was so much more than just. I needed to find a home for some of these stylings that I have. It started out with the to find another place for my music but figuring out the tone of a film… I think it’s a unique thing. I really, really enjoy it. One thing I’ve always wanted to do in my life was make a completely different record each time I make it, and with soundtracks I’ve literally had my dream come true.”

Watch the interview below!

Watch the “Metal Hellsinger – The Gods of Metal,” trailer below!