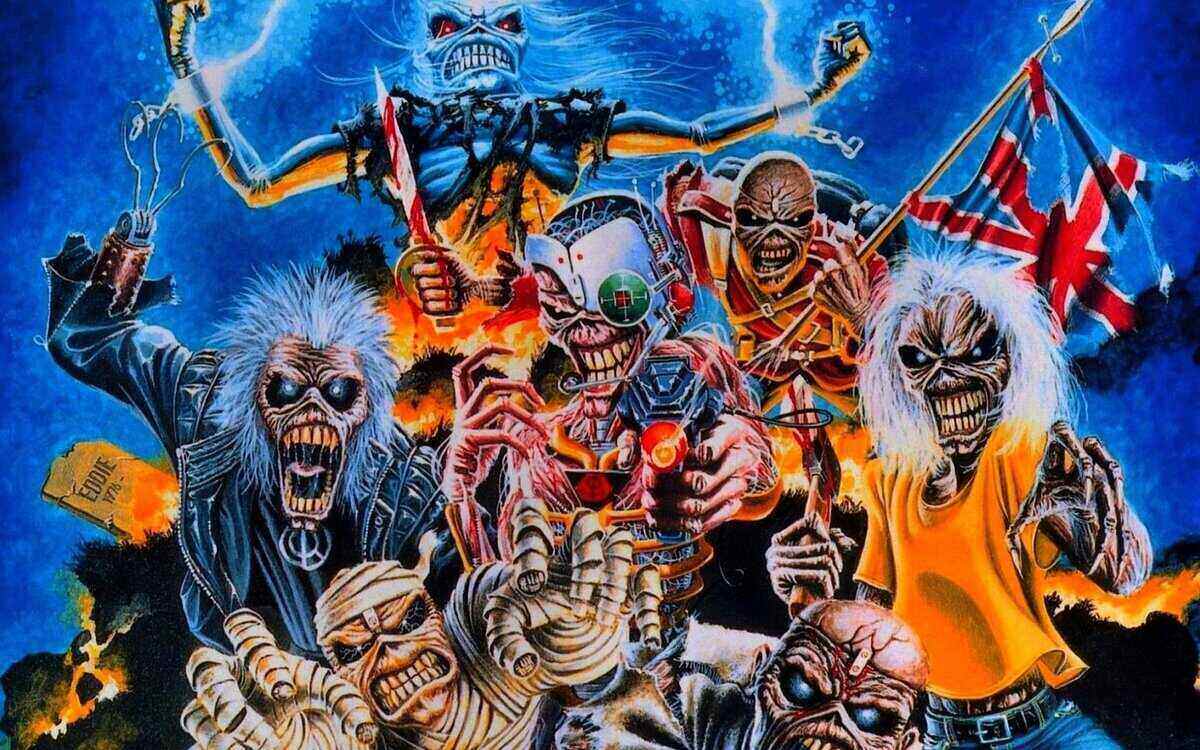 Throughout their career, Iron Maiden made tons of songs. They’ve shared their first studio album in 1980 and the following 40 years, they’ve released 16 albums in total. This means more than 130 songs and that leads us to tons of words. But some of those words are more common than others. And someone actually analyzed that to see which word in Iron Maiden lyrics is the most common one. When it comes to the different and interesting stuff, the internet takes us to Reddit. We’ve already seen similar works on Reddit for other bands such as Metallica, which we’ve posted the “Most Common Word In Metallica Lyrics” a few weeks ago. And now, thanks to Reddit, we get to learn this information about Iron Maiden.

It all started a few days ago when a Reddit user shared a post. And that user didn’t only just shared the most common word but created a list of the top 25 words. Just as like the Metallica one, everyone was guessing on some words. But most of these were words like “yes, no, death(when we are talking about metal/hard rock bands that’s usually a very expected one)”. But the most common isn’t any of them.

Before going into the top ones, let’s first say the 25th word. The last word that manages to get into that list is “Fear”. That word is being followed by “come” in number 24 and “God” in number 23. The list goes with different and surprising words and we got “Again” in number 10. 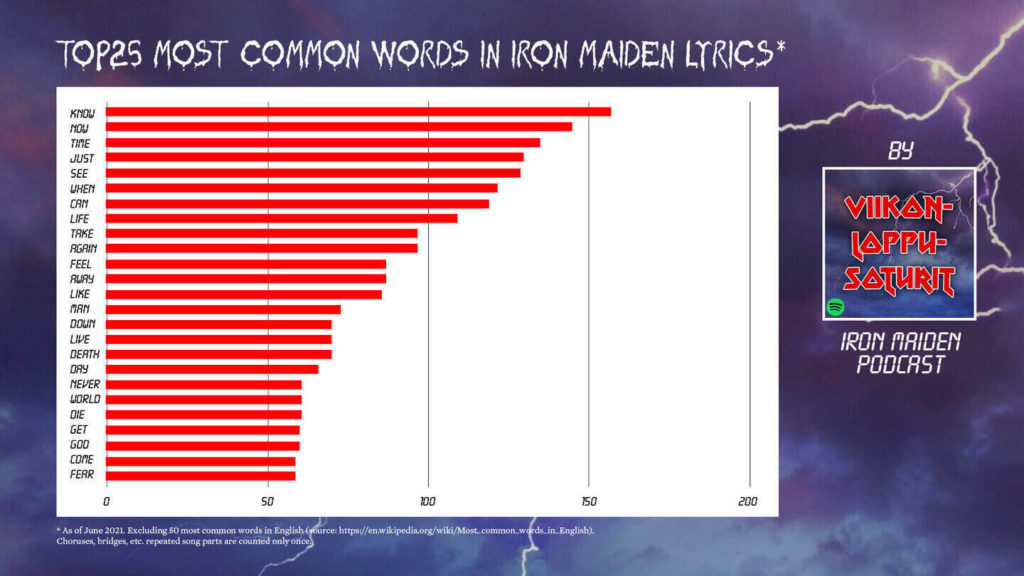 Considering the popularity of those lists, we may see more for other bands in the future. Don’t forget to share your comments and guesses about which band we are going to see next.