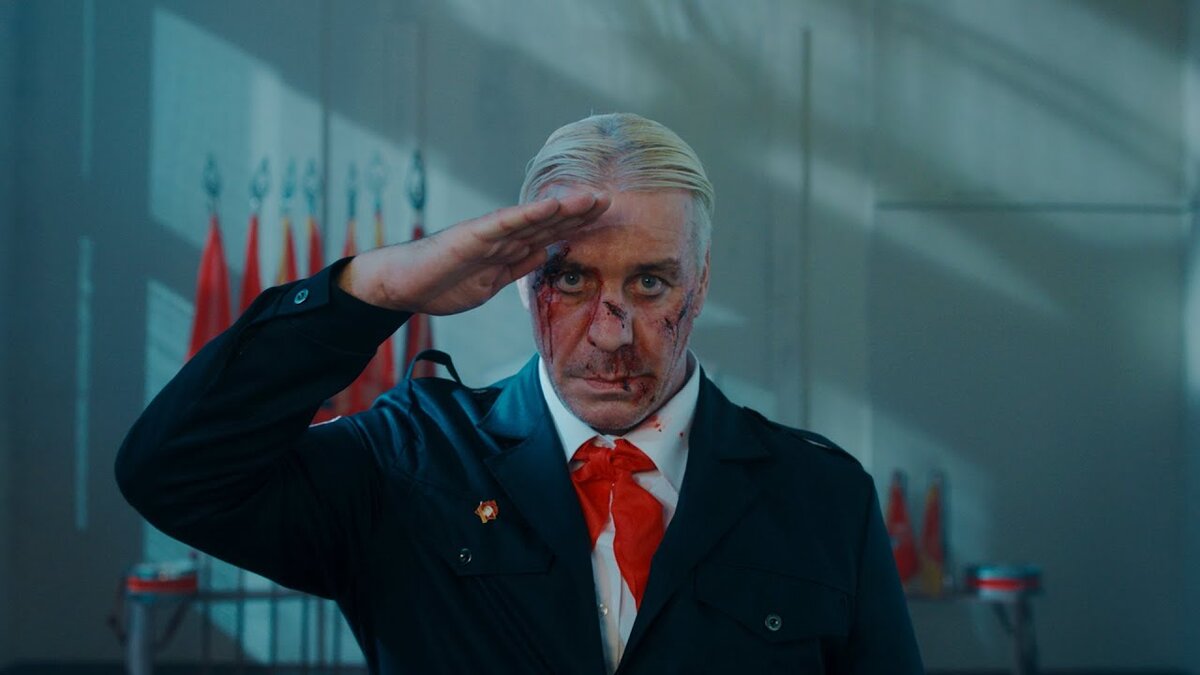 Rammstein’s Till Lindemann released his new music video for his new song Ich Hasse Kinder. This very graphic video took its place on YouTube. Serghey Grey directed the “Ich Hasse Kinder” music video. Serghey Grey also worked with Lindemann on his Live In Moscow movie. For production, Lindemann worked with Sky Van Hoff for the production part. Van Hoff and Rammstein also worked together for their self-titled album in 2019

The direct translation for the title of his new song is “I Hate Children“. Lindemann and Rammstein are known for their graphic music videos and lyrics in also their previous works. This music video also contains scenes and imagines that may not be suitable for everyone. The music video takes place in Moscow, we can see Lindemann throwing up in front of The Kremlin. Another scene shows the bleeding eyes of Vladimir Lenin, a Russian revolutionary, and politician. The music video also contains images of dismemberment by an ax and a chainsaw. There are scenes of bullying, explosions, and many other graphic images. But after all, they are all expected to be in a Till Lindemann video. Before going any further, here is the music video.

Currently, this song is only on digital platforms. For the physical release, fans need to wait until July 9. The physical version can be pre-ordered from the Rammstein shop right now.

Till Lindemann is continuing his solo career besides his works in the band Rammstein. He made a movie called Live in Moscow. This movie was in the cinema for only one night. The movie had also similar images to other Lindemann works. Very sexual and contains images that may not be suitable for everyone. He released an orchestral version for his full-Russian song Lubimiy Gorod, earlier this month. This song was in the Devyatayev movie which came out on April 29. This movie is about a Soviet Fighter pilot and his space from a German concentration camp. During his escape, he hijacks a Luftwaffe Heinkel 111 bomber and rescues his fellow POWs.

Lindemann is going to be on stage on July 28 at the Wacken Festival, Germany. He will perform on “Wacken Wednesday” with Clawfinger and Varang Nord. While working for his solo career, he also has some upcoming venues with his band Rammstein. They will be in various cities around Europe for the following time. While waiting for new works and concerts from Lindemann and Rammstein, please share your comments on his new music video in the comment section.