The track is a combination of metal-leaning vibes and straightforward hip hop. Although Adam Jones fans did not use to hear hip-hop tones from Adam Jones, they liked it. The new track is beyond the fan’s expectations.

“A Heretic’s Inheritance” from the upcoming Dälek’s new album (Precipice). Dälek plans to release the album on April 29th, 2022. This album was long-awaited by Dälek fans. If you are one of them, you can pre-order Dälek’s new album with this link. The majority of people assume that the album will break sales records.

Adam Jones revealed how he decided to make collaboration with Dälek in the interview:

“I’ve been a fan of Dälek since they joined us on our 2010 tour. Working together was something we’d thrown around in the past so when Will (Brooks, vocalist) came to me with ‘A Heretic’s Inheritance’ I, of course, instantly said yes and began sharing ideas with him within a couple of days.”

“The core of this was built by myself, Mike Manteca, and Joshua Booth,” added Will Brooks, aka MC Dälek. “I ain’t big on features on Dälek albums … but this one is different. Listening to the rough of this joint late night, I knew who’s sound would work perfectly. We’d talked about doing something together for a minute now. It begins with this”

Adam Jones also liked the guitarist’s contributions to the track:

“Peace to my brother Adam Jones from the legendary Tool for adding another dimension to this piece. His guitars and synths say all the things I couldn’t say with my voice, so they got their own section to truly sing on in the final mix. I am humbled to have you on this joint fam, and love how seamlessly your sound fits in our sonic world!”

This single, and the Mikel Elam/Paul Romano-created video, serve as the last preview of the 10-track album that Stereogum described as “Built on boom-bap drums, smeary electronic sounds all over it. Finds their classic, influential sound in fine form.”

You can listen to the entire Dälek’s new track “A Heretic’s Inheritance” below.

What do you think about this collaboration? Did you like the track? Is Adam Jones make a difference? You can share your thoughts below. 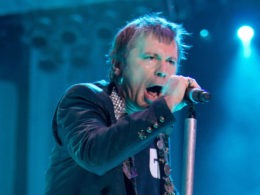 Even though it sounds weird in our current age of technology, Iron Maiden’s frontman Brue Dickinson wasn’t using…
byBatu Demirbas
2 shares
1
0
1
No comments 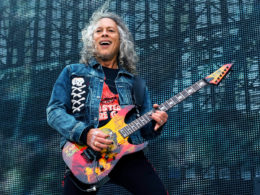 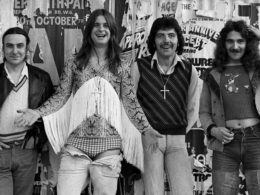 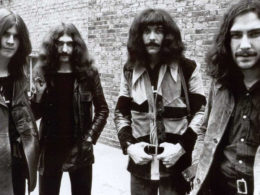 Black Sabbath Members Net Worth in 2022

As Black Sabbath songs keep inspiring and affecting people as always, its passionate members are also running through…
byYaren İlayda
1 share
1
0
0
No comments