Even though all musicians have been going through hard times because of the ongoing pandemic and its outcomes, turns out Red Hot Chili Peppers, Motley Crue, and Bruce Springsteen weren’t affected like most of them as they became some of the top-earning musicians of 2021.

Many of us know that there has been a massive struggle of many musicians as they were forced to cancel their several shows in 2021 because of the ongoing virus, while other remaining shows and tours were also limited on hard conditions as well. But despite all hardnesses turns out some of them could still manage to find their way out, as Rolling Stone revealed the top-earning musicians of 2021 recently, which also includes three regarded rock musicians being ranked on tops.

As for those three, Red Hot Chili Peppers, Bruce Springsteen, and Motley Crue have got into that list based on their prior works alone, after still expanding their fortunes with deals related to selling the rights to their master recordings or publishing catalogs.

So, Motley Crue marked its place on the top-earning musicians’ list as the eighth, after being netted close to $90 million by their deal with BMG for their master recordings reportedly. And in 2021, the band earned around $95 million in total.

But among all, Bruce Springsteen became the biggest winner of the whole list of top-earning musicians, adding another $590 million to his fortune last year. Most of his earning of his in 2021 came from his publishing copyrights and master recordings, marking its self as the largest sale of a solo catalog with a $550 million price tag. But not only did the regarded musician Bruce Springsteen expand his fortune with just his solo career, but he also earned the rest of his earnings that makes $590 million in total with the two projects he did with Barack Obama, as well as with releasing a new book.

And the others on top 10 of top-earning musicians list of Rolling Stone also includes:

Ultimately, you can also check out our article of Red Hot Chili Peppers Net Worth in 2021: Albums, Life and Prizes to find out more details about the legendary rock band’s members net worth in 2021, and how it has been making millions along its way including today. In addition, you can also see Mötley Crüe Members Net Worth in 2021: Albums, Life and More as well, while we also have been listing many other bands’ net worths for you.

Foo Fighters Members Net Worth in 2022 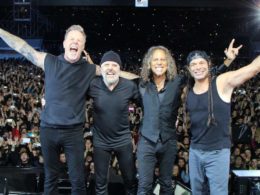 After wrapping up 2021 with lots of achievements and works, Metallica will be hitting the road all around…
byYaren İlayda
16 shares
16
0
0
One comment 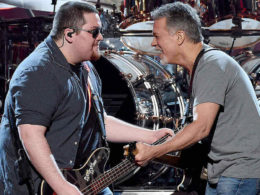 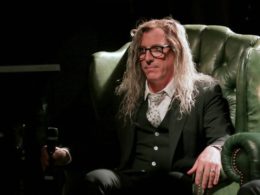 TikTok is one of the most popular apps we’ve seen in a while. The number of users is…
byBatu Demirbas
15 shares
15
0
0
No comments 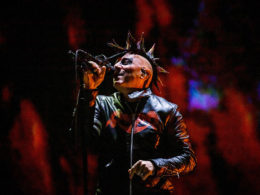