Ukrainian music band Jinjer has severely condemned Russian President Vladimir Putin for authorizing a military operation in the eastern portion of the country on February 24th, 2022. This being the case that the group has used social media to criticize the military actions and inform fans about their security.

After weeks of increasing tensions in the region Russian Vladimir Putin, the president of Russia Vladimir Putin declared on February 22 that he was deploying Russian forces into Ukraine for what he called “peacekeeping duties” after signing decrees that recognize two separate regions which are those of the Donetsk People’s Republic and the Lugansk People’s Republic – as independent states, in violation of international conventions. As of this writing, it’s believed that Russia has started missile strikes at Kyiv, the Ukrainian capital city, Kyiv.

A few years ago, Jinjer‘s bassist Eugene Abdukhanov also said: “I know about the political scandal you have, but I don’t think it makes any difference to us. When it comes to music, we don’t see any side effects. It’s the same as being from Russia, the same as being from Italy or anywhere else. It’s us and the music. That’s all that matters.”

In a recent social media post, Jinjer reported that they are safe while pleading to bring the war to a quick end. The post includes:

“Dear all, as we write this text, for the moment, each member of JINJER and our families are safe and unhurt. We truly appreciate all our fans around the globe for caring, getting in touch, and for all the sympathy and support for our band and more importantly our country.

As you all know, early this morning on February 24th, Putin started the war against the sovereign and independent #ukraine! Please know that at this time we really depend on you, our fans in every country — to support Ukraine and peace in our country however you can — especially our fans in Russia, you and your opinion matter the most at this time. NOTHING can justify the violence and death of innocents, and this is exactly what’s happening in our country right now.

Stop the war in Ukraine now!”

Jinjer has condemned Russian violence in the region and demanded an end of the conflict. 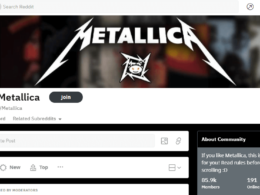 Reddit is the platform for talking about so many things. In that case for example it’s importing to…
byYunus Emre
15 shares
15
0
0
No comments

Stranger Things Season 4 trailer just released and the new season coming in this Spring 2021. In the…
byYunus Emre
7 shares
7
0
0
No comments 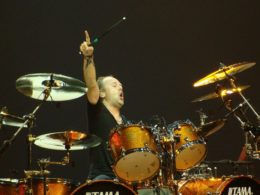 Lars Ulrich also known as Metallica‘s drummer talked in the new interview about the ongoing Metallica tour. He…
byYunus Emre
15 shares
15
0
0
No comments 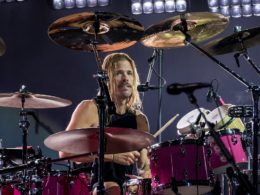 Unfortunately, we lost Taylor Hawkins this year who is also a Foo Fighters drummer. Foo Fighters are an…
byYunus Emre
No comments