Van Halen former singer Sammy Hagar, who joined the band back in 1985 to replace David Lee Roth, appeared in an interview recently, talking about how he and Eddie Van Halen fixed their relationships before his death.

After Eddie Van Halen‘s first wife opened up about the legendary guitarist’s death, Sammy Hagar also followed her recently doing the same as he revealed how he mended things up with Van Halen guitarist after they had a pretty surging relation for a long time.

“The whole year, of 2020, in the early parts, around January, Eddie and I connected and we started talking again,” started Sammy Hagar explaining. “We were talking about writing music again. We were talking about going out and touring with the whole gang one time for the big time in ’22; that was the plan. Of course, we wouldn’t wanna announce anything like that. But I think Wolfie [Wolfgang Van Halen] said it in some interviews how everybody was planning on doing that, and it would have been the greatest thing that ever happened to Van Halen. Unfortunately, Eddie didn’t make it,” said Van Halen former singer, and continued.

“I don’t think anyone realized how sick he was. And then when I started talking to him again, I would send him a call and he wouldn’t answer. I would send him a text and say, ‘Word man…’ — I used to call him ‘Word Man — ‘Word man, where are you, man? I’m trying to get a hold of you. You’re making me nervous.’ And about a day later, he’d get back [to me] and say, ‘Dude, I was in the hospital.’ I’d say, ‘Oh, god.’ It was funny. ‘Dude, I’m in the hospital. Give me some slack.’

But I’ll tell you what: that guy was made out of something special, man. That Dutch blood or whatever it is, he hung in there a long time. He’s had cancer and hip surgery and all these things for years; I guess he’d battled it almost 20 years.” he said. 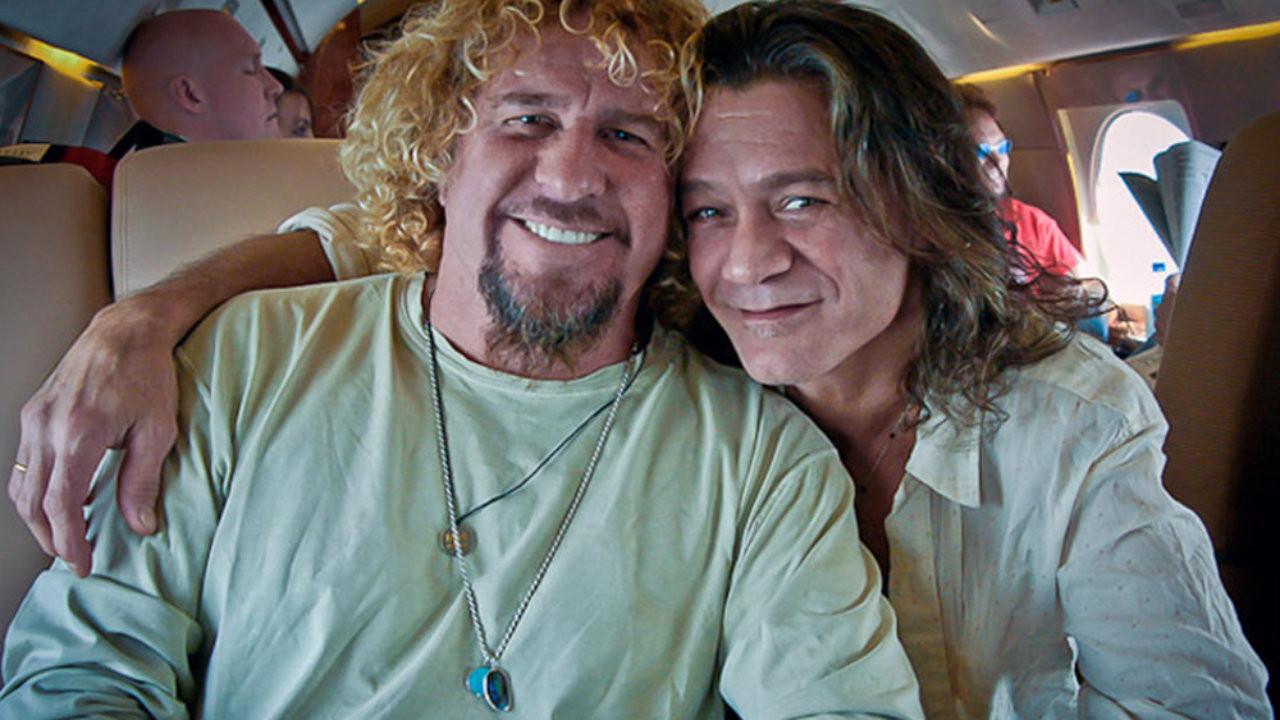 After all, Sammy Hagar also praised his former bandmate and friend Eddie Van Halen for not allowing any of his issues to affect his performances during live shows as well, saying “Eddie always played great. That’s the thing that used to make me mad, ’cause he could drink as much as he wanted, do anything he wanted and come out there and still play good. I’d be going, ‘This guy is making me mad.'”

As for their bad relations in the past, Sammy Hagar slammed Eddie Van Halen in his autobiography, “Red: My Uncensored Life In Rock,” saying he was “unkempt, hunched over, frighteningly skinny, drinking wine straight out of a bottle,” and much more. Besides that, Sammy Hagar also spoke about Eddie Van Halen in his past interviews as well, describing the legendary guitarist as a “very angry drunk” during Van Halen’s 2004 reunion tour.

On the other side, the band’s 2004 reunion tour was the last time Sammy Hagar appeared with them. In the past, Sammy Hagar joined Van Halen in 1985 to replace David Lee Roth and appeared in four albums of the band, which are “5150”, “OU812”, “For Unlawful Carnal Knowledge” and “Balance.”

Ultimately, while Eddie Van Halen‘s legacy still gives inspires young rock artists, also his first wife Valerie Bertinelli opened up about his death, revealing what happened during those painful moments. The lead guitarist, backing vocalist, and keyboardist of the legendary rock band Van Halen passed away after a years-long battle with cancer in October 2020.