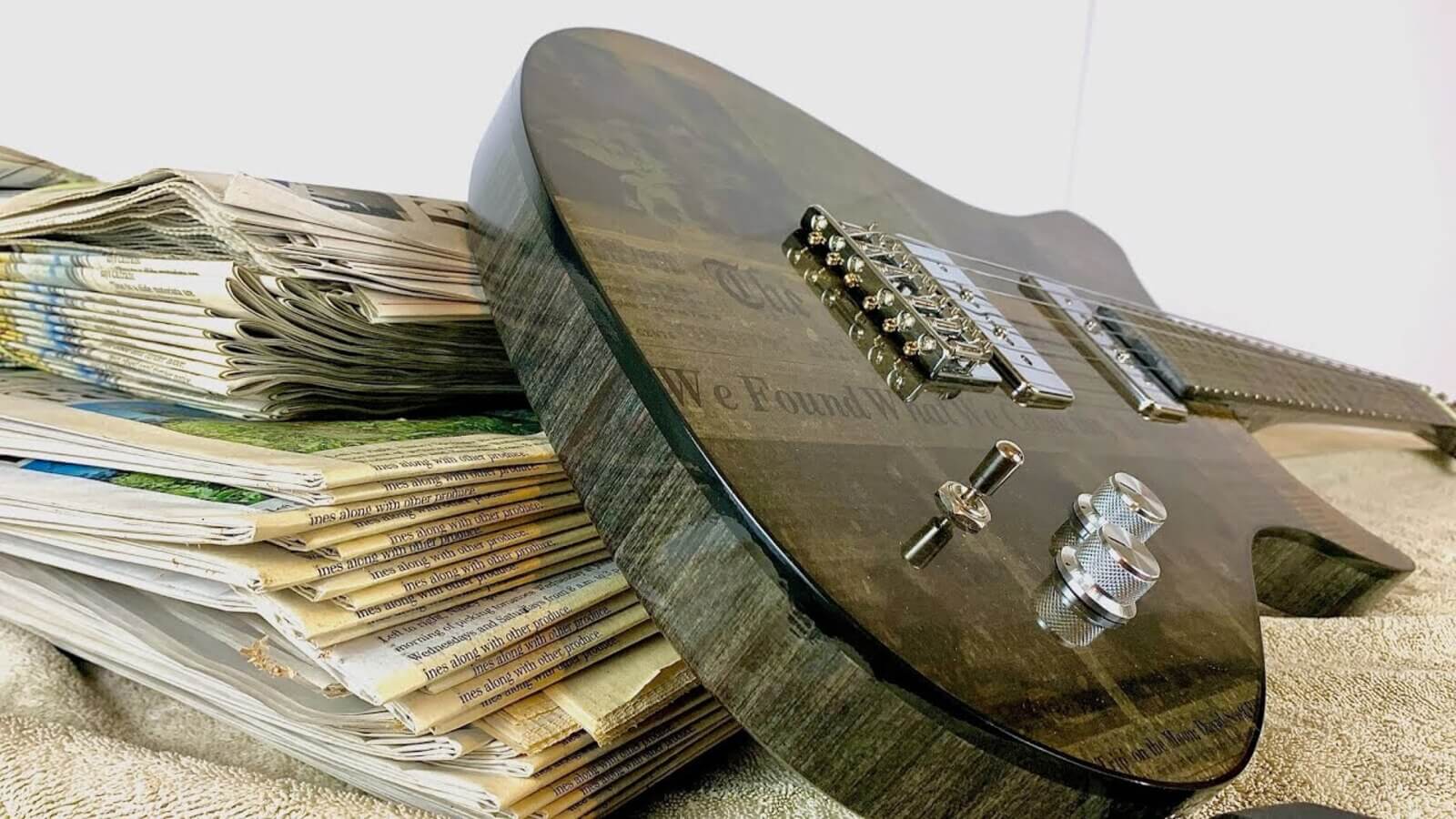 One of the famous YouTuber builds a guitar out of 1000 aluminum bottles. In his genre DYI, Burls Art is a known name and has more than 600K subscribers and millions of watching times.

Burls Art has already created some fascinating guitar builds out of colored pencils, epoxy cement, skateboards, 50 pounds of salt, and even newspaper. He started YouTube in 2018 and until that time he build and create so many things from unused materials like metal, aluminum, pencils, skateboards, tables, and more.

The developer has completed his most difficult challenge yet, with 620,000 subscribers on his YouTube channel at the time of writing. He’s also making a completely functional Stratocaster-style axe out of melted-down aluminum cans. In this new video, Burls Art tells that he and his pals spent the previous year collecting trash cans from barbeques, meals, and camping trips, then another three months hand-crafting a furnace to melt them down.

“I’ve made plenty of guitars out of weird materials, but this project required a pretty extensive amount of research to even attempt. Working with propane furnaces and molten metal that can get above 1,800°F can get really dangerous really fast, so I’ve taken safety precautions very seriously for this project. This was easily my most time-intensive project yet, and overall I’m really happy with how it turned out. When I [Burls Art] initially thought of this idea, I didn’t know whether or not it would be possible, but after about three months of work, I can now say that it is, indeed, possible to build a guitar out of 1,000 aluminum cans.”

How he builds a guitar from aluminum cans:

He also answered some subscribes questions:

“To answer a few common questions Hands don’t turn black from holding/playing this guitar. Perhaps over time if the surface corrodes this could come into play. I mentioned this in the follow up video (link in description)- I considered anodizing or clear coating it but decided for the polished look instead. Only downside to the aluminum so far has been that hands can get pretty cold while playing it. But after ~10mins or so of playing, body temp raises the guitar temp enough to not notice. Thanks for watching!”

You can watch the Burls Art‘s “I Melted 1000 Cans Into a Guitar” video below!