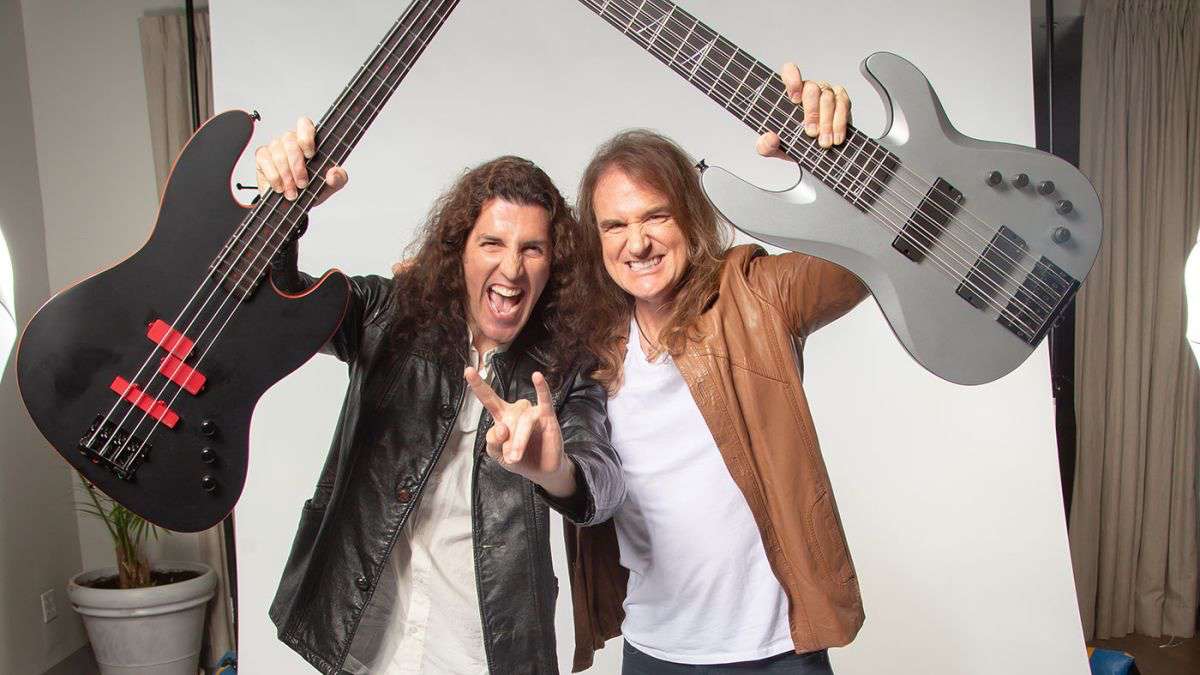 The talented bassist of regarded metal band Anthrax, Frank Bello appeared in an interview recently. During his conversation, Bello discussed his band’s current state along with his side project band with Megadeth bassist David Ellefson.

On the other hand, the talented bassist of Anthrax, Frank Bello also has his own side project with Megadeth bassist, David Ellefson, named Altitudes & Attitude. They have released a debut studio album in 2019, titled Get It Out, and one self-titled EP, together with their band so far.

In one of his earlier interviews, Anthrax bassist Bello also talked about Get It Out, saying,

“I’ve learned that writing songs are very cathartic. A lot of these lyrics are about the inner struggles of my life, and about the rage that has built up from my life experiences—my brother’s murder; my father abandoning my family when we were young, leaving us with no funds to pay the bills. The ups and downs of life in general. I’ve always had an anger inside that music really helps me deal with.”

And recently, the talented Anthrax bassist appeared in an interview, talking about the famous band’s current state, and dynamic along with the very first day as he was first involved with the band as its rode. Bello explained how is being a member of a band for a very long time, and the secret of the famous metal band’s long-lasting relations between members, like many other bands can’t seem to manage to remain with the same members, relatively.

“Well, like you – you have family, right? And there are certain parts of your family that rub you the wrong way sometimes? You have arguments sometimes, but – you’re still family. You come back to the family, and you work it out,” Bello starts to explain their relations in the band and continues.

“Like – look, being honest, we all argue sometimes; writing songs, there are disagreements. But the key, the key is to work it out. And talk it out. I mean, look, it always happens. Because we are a family – I mean, literally, Charlie is my family, I grew up with Charlie. So, we go at it sometimes, but we know, cooler heads prevail later on,” reflects the talented musician how he sees his bandmates as a family, which also is the revealed secret of Anthrax’s longevity.

“Just think about the things, work it out, and this way the band continues. The fans love this band – thank God, we’re very grateful for that. So, I would never want to spoil that for the fans – and us. I think it’s a very special thing we have, and I feel very grateful for it,” adds Bello that they also see their fans among their family, and how they give power to the dynamic of Anthrax.

After speaking of Anthrax, the talented bassist Frank Bello also talked about his side project with another regarded bassist of Megadeth, David Ellefson. He answered either it is hard to go from one band to another, or not, considering the band’s significant differences, along with reflecting how is working with Ellefson, as well.

“I love David – David’s been my friend for a lot of years. That project we did was wonderful – I had a lot of songs, David had some songs, so we put it out,” says Bello and continues to explain their project with Megadeth bassist,

So, I do open mics around NYC – so Altitudes & Attitude is pretty much me, what I do in New York at the open mics and have fun.

It’s another creative outlet – it’s not Anthrax, it’s more rock ‘n’ roll – but it’s another side of me and something which I really love doing, it’s a lot of fun.

In fact, I’ve just written some new Frank Bello songs that I’m gonna release eventually, as solo stuff that’s more along the lines of Altitudes & Attitude,” says the talented Anthrax bassist about his work on the project. After all, Bello also answers the question about does this variety in styles comes in handy for his creative process in Anthrax, and how.

“Absolutely, because it all comes out. It all – Scott has got some great projects going on, Charlie does his music projects – they’re all great. But I think, when we come together, me, and Charlie, and Scott, we come together and write some Anthrax and stuff, that’s all that stuff coming in. Like, I know what stuff I write is for Anthrax. I know what stuff is my solo stuff. You know, in your head, ‘Ah, this will go good to Anthrax; this will go good to my solo stuff, Altitudes & Attitude – whatever it is.’ You know.

So all the stuff that we – the different projects, we have – it’s outside, but we all know what works for Anthrax. You always keep that separate file for Anthrax,” tells the talented bassist of Anthrax, how he works on various styles simultaneously and ends with reflecting how he feels about his side project with Megadeth bassist David Ellefson.

“You know, and I’m very happy with that. So, I think it’s a very healthy project – it’s richer for Anthrax.”