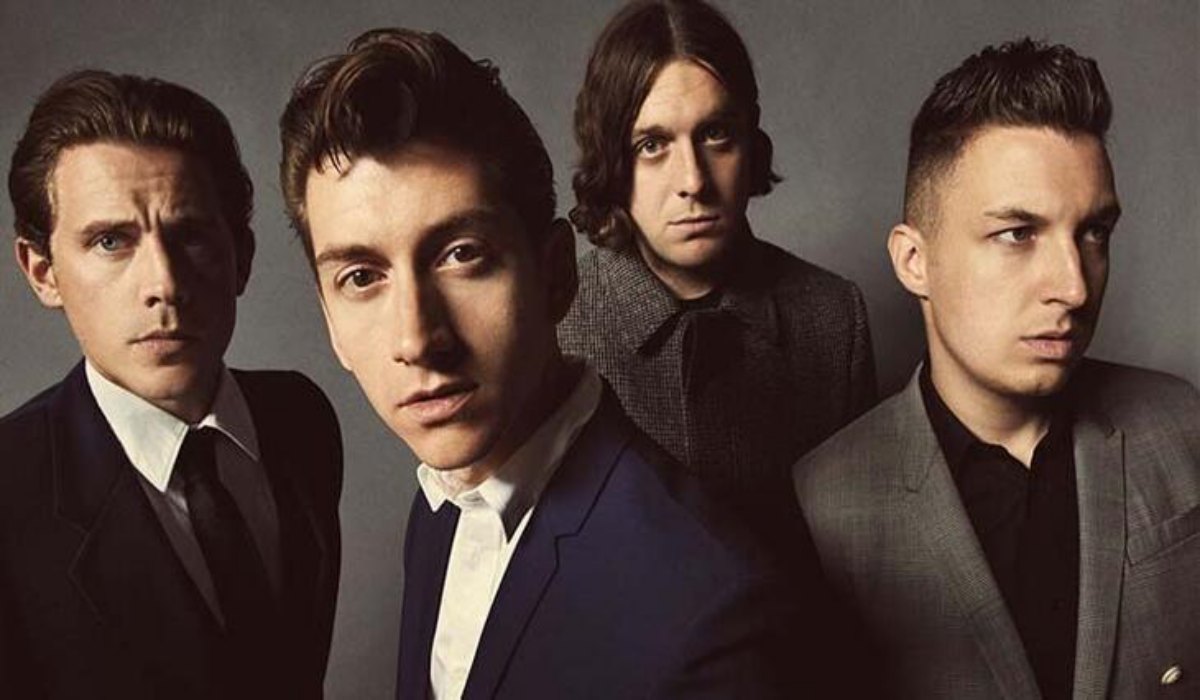 While the talented and beloved members of the band continue to add amazing achievements along with writing its name to the history of rock music day by day, it also makes us wonder about their journey more deeply. So, do we want to know Arctic Monkeys members net worth? Let’s move on.

Arctic Monkeys has been storming the charts by producing hit after hit, giving its audience a different musical feast since the first day. In 2002, Arctic Monkeys consists of Alex Turner as the lead singer, guitarist, and keyboardist, Jamie Cook as the guitarist, and keyboardist, Nick O’Malley as the bassist, and back-vocal, and Matt Helders as the drummer and back-vocal. Andy Nicholson was on the bass guitar and back-vocal, before he left the band in 2006, just after the beloved band’s debut album was released.

But still, nothing has been able to stop the inevitable rise of the beloved band and its shining stars as they continue enchanting almost every type of people, including the ones that even listen to rock music, with their music’s brand new and energetic shape. So, even if they would be doing it just for art or whatsoever, Arctic Monkeys has sure made and been making its profit all of these successes, as well.

Let’s find out more about their journey along with how much Arctic Monkeys members net worth have come so far.

Being recognized via the internet, thanks to the blessing of technology, the Arctic Monkeys band’s debut album, titled Whatever People Say I Am, That’s What I’m Not, became the fastest-selling debut album in UK chart history. Right from the start, Arctic Monkeys made its coming and talent clear, as its debut album has also taken its place in the rock and whole music industry been hailed as one of the greatest debut albums. After just a year, in 2007, the band also had proven itself also winning Best British Album at Brit Awards, in such a short time. But of course, this was all just the beginning. Following the debut album, the star band’s second album, titled Favourite Worst Nightmare, was also acclaimed by critics and won Best British Album again, at the 2008 Brit Awards, right after the album was released in 2007.

This was just the beginning of the Arctic Monkeys band’s journey, but it feels much more of it as well, right? But still, there is much more to achieve throughout the band and its members’ careers, as they still are adding and sure will many of them along their way, too.

Later in 2013, the band made its other gold shot and gained much more global recognition by releasing its fifth album, titled AM, which was also to bring Arctic Monkeys its third British Album of the Year. That album also included one of their most beloved song, titled Do I Wanna Know?, which hit the top on four Billboard charts and is still being listened to just like the very first day. In total, Arctic Monkeys have won 7 Brit Awards, a Mercury Prize for Whatever People Say I Am, That’s What I’m Not, an Ivor Novello Award, and 20 NME Awards, so far.

During its ongoing career, Arctic Monkeys released 6 studio albums, 2 video albums, 24 music videos, and 23 singles, so far. And as of 2022, the band has sold over 20 million records worldwide, as it also has become the first independent-label band to debut at number one in the UK with their first six albums along the way. Let’s take a closer look at how the star band’s studio albums have stormed up the charts, as well.

In addition to that list, even if we didn’t indicate the exact place of the albums on charts, almost all of them got their places on top worldwide.

Now, let’s also take a little look at Arctic Monkeys members’ net worth after seeing all their huge successes. 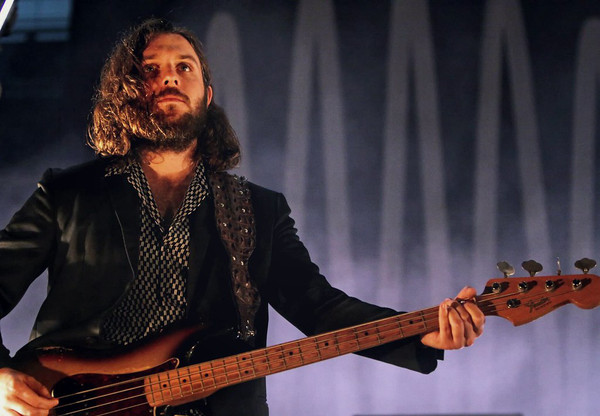 Nick O’Malley had actually joined the band as a temporary replacement for bassist Andy Nicholson, but later, Nicholson didn’t come back and his exact departure led O’Malley to become a full member of the band. And until he joined among the Arctic Monkeys members, O’Malley had played the bass guitar in the local garage rock band The Dodgems.

And today in 2022, Arctic Monkeys bassist Nick O’Malley’s net worth seems to be $2 million, which is actually not known very well as well. 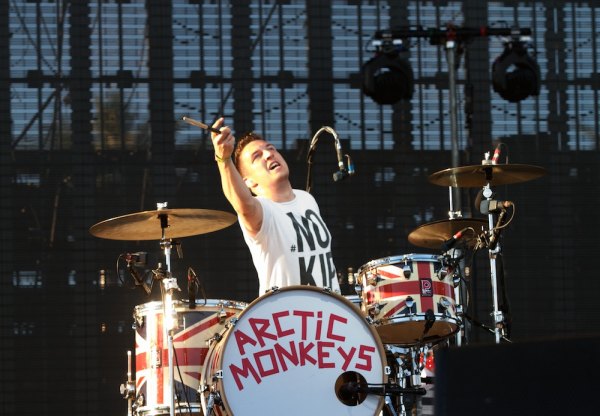 As one of the founders, Matt Helders is also the drummer and backing vocalist of Arctic Monkeys. Besides his drumming skills, Helders also performed lead vocals on D Is for Dangerous, Brick by Brick, and I.D.S.T. along with some parts of other songs of the band, as well.

Even though he is best known for his tenure with the beloved rock band, Helders also worked with Iggy Pop, Josh Homme, and Dean Fertita, Lady GaGa, and many more famous names, outside of his career with his band.

And today in 2022, Arctic Monkeys drummer Matt Helders’s net worth seems to be $16 million. 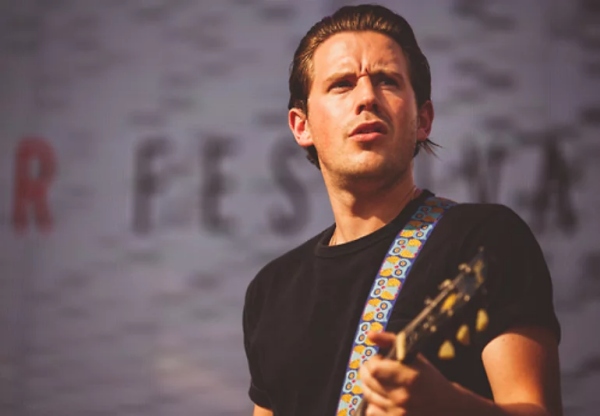 As another founder member, Jamie Cook is the rhythm guitarist of the beloved band. As they were actually neighbors with Alex Turner in high school, long before they had even started their journey with the band.

And today in 2022, Arctic Monkeys guitarist Jamie Cook’s net worth seems to be $25 million. 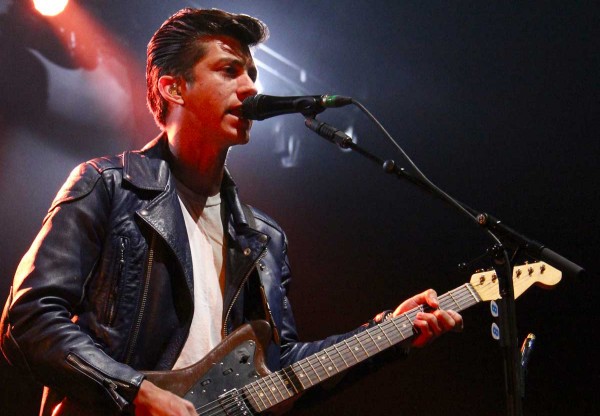 Alex Turner is the lead singer of the band, as he has been enchanting everyone with the song he wrote and sing. Turner’s lyricism and voice have also been widely praised and regarded.

Outside of his career with the star band, Alex Turner has also his own side project, called The Last Shadow Puppets. Turner also worked with Miles Kane and released two orchestral pop albums for The Last Shadow Puppets, The Age of the Understatement, and Everything You’ve Come to Expect. As we can see, he also has a huge and successful solo career. And in addition, Alex Turner also provided an acoustic soundtrack for the movie, Submarine, as he also co-wrote and co-produced Alexandra Savior’s debut album Belladonna of Sadness.

And today in 2022, Arctic Monkeys frontman Alex Turner’s net worth seems to be $25 million, which is more than his bandmate Jamie Cook.

Interested to find out more about the legendary bands’ net worthies? You may also want to find out Nirvana Members Net Worth in 2022: Albums, Life, Letters, and Guitars, as well.