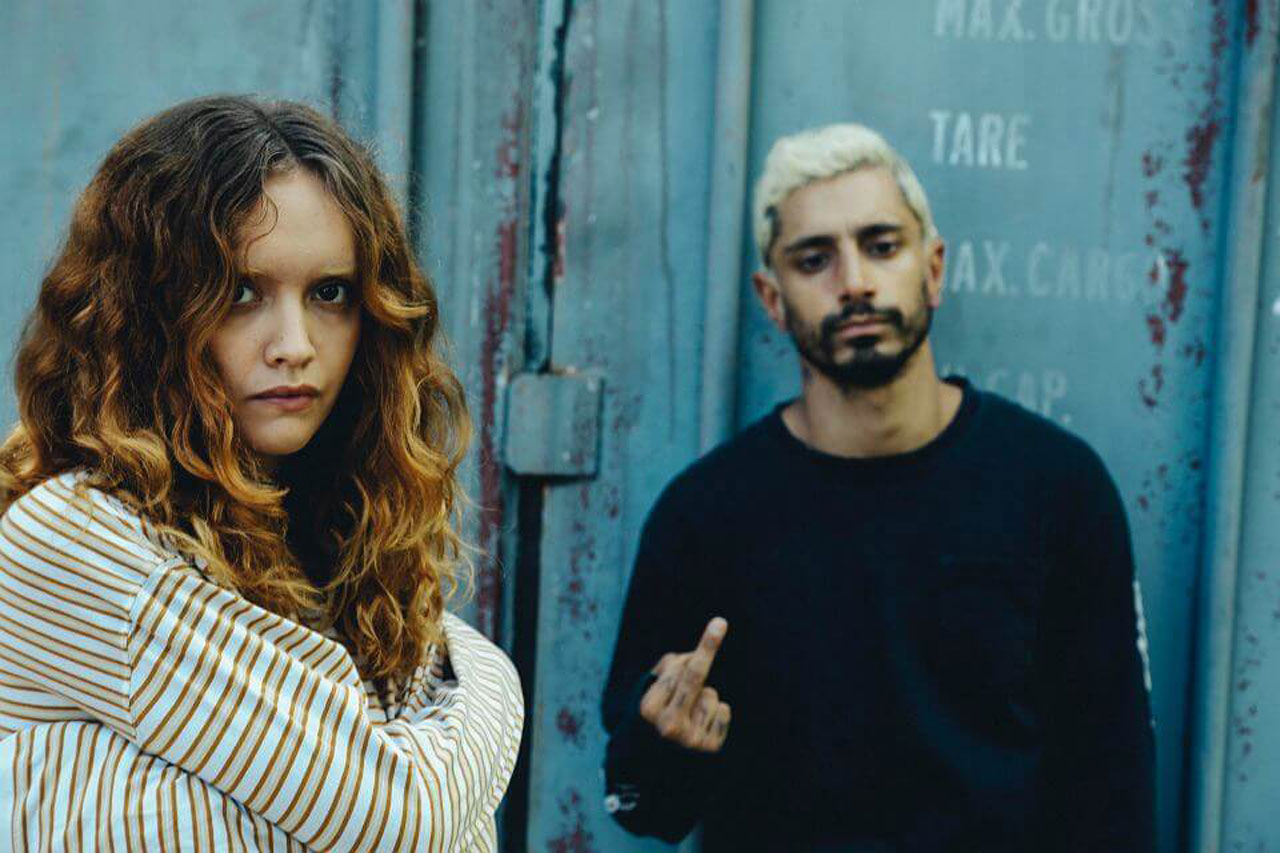 After Netflix’s Metal Lords movie, people are looking for another movie about metal and rock genres. ‘Studio 666 produced and released this movie’, also known as Foo Fighters studio, for this kind of production.

Metal Lords movie is Heavy Metal-themed and a teenage band that tries to conquer all obstacles to take the Battle of the Music Bands title. D.B. Weiss also talked about the movie: “This is a film that has been brewing in me for a long time. And finally, once we came over to Netflix, the opportunity presented itself. Greg Shapiro, our fellow producer, was very excited about it. But Tom and I knew each other well, so I asked Tom if he would do us the honor of guiding the music and the spirit of this film as somebody who knows more about it in his bones than anybody I know on earth. He was good enough to agree, take part in it, be the executive music producer, and write the song “Machinery of Torment” for the film.”

Netflix, Hulu, Amazon Prime, Apple TV Plus, and other streaming services serve up as much choice content as they can and some of them are also about music. Most of the time about dancing, pop, or hip-hop, but sometimes, they also screen movies’ metal and rock genres.

Hollywood and metal are two opposites side of the industry. One is a giant of the mainstream that dominates the entertainment industry, the other is an ugly underdog that wants to take on everything that the mainstream is about. However, there are times when the two collide and produce a film that is captivating to the audience and makes metalheads sparkle.

A movie about the life of a drummer is plunged into chaos when he starts losing his hearing.

Synopsis: “Keeping at bay his inner demons by devoting himself to art, metal drummer, Ruben, has been living for the moment for the past four years. Then, while on tour with his lead singer/girlfriend, Lou, Ruben realizes that his hearing is rapidly deteriorating. As this sudden hearing loss turns his world upside down, and numbing fear paired with angry denial takes over, Ruben reluctantly accepts to join a small deaf community overseen by Joe, a compassionate Vietnam War veteran. Now, Ruben needs to find some solid ground, and understand that being deaf is not a handicap and that deafness isn’t something to fix. But, is Ruben willing to accept his new life and learn how to be deaf?”

2. This Is Spinal Tap

Synopsis: “Director Rob Reiner (as Marti DiBergi) follows the fictional English rock group Spinal Tap on their latest tour in this mockumentary. The famed band, with a dozen or more studio album, have a lot to deal with. They clearly aren’t as popular as they once were and face playing before sparse crowds in smaller venues. They also have to deal with canceled dates, arguments about their latest album cover, and the arrival of one of the band members’ girlfriends who would like to play a role in managing the band. All in all, not a successful tour.”

A movie about a young girl caught between the tragic loss of her brother and her own inability to make her own. In the midst of her sorrow, she seeks comfort in the dark sounds that are Black Metal and dreams of becoming an acclaimed rocker.

Synopsis: “In Iceland, Karl, his wife Droplaug, his son Baldur and his daughter Hera form a simple family of farmers that works in their farm. When Baldur has an accident and dies, the family is deeply affected and the twelve-year-old Hera becomes a rebel and fan of hard rock. Along the years, they grieve the loss of Baldur and the confused Hera composes songs of death rock and gets into successive troubles in their friendly community.”

5. Tenacious D in the Pick of Destiny

A funny movie by Jack Black. He is searching for the god of music to change metal and rock history.

Synopsis: “This is the story of a friendship that changes the course of rock history forever, of the fateful collision of minds between JB and KG that led to the creation of the precedent-shattering band Tenacious D, and of the two heroes’ quest to find the fabled Guitar Pick Of Destiny…”

A movie about motorbike driver Johnny Blaze selling his soul to the Devil to save his father’s life. And is transformed into Ghost Rider.

Synopsis: “When the motorcyclist Johnny Blaze finds that his father Barton Blaze has terminal cancer, he accepts a pact with Mephistopheles, giving his soul for the health of his beloved father. But the devil deceives him, and Barton dies in a motorcycle accident during an exhibition. Johnny leaves the carnival, his town, his friends, and his girlfriend Roxanne. Many years later, Johnny Blaze becomes a famous motorcyclist, who risks his life in his shows, and he meets Roxanne again, now a television reporter. However, Mephistopheles proposes Johnny to release his contract if he becomes the “Ghost Rider” and defeats his evil son Blackheart, who wants to possess one thousand evil souls and transform hell on Earth.”

A movie about 1 teenager’s desire to create Norwegian Black Metal in Oslo in the early 1990s ends in a highly violent result.

Synopsis:  “Oslo, 1987. 17-year-old Euronymous is determined to escape his traditional upbringing and becomes fixated on creating ‘true Norwegian Black Metal with his band Mayhem. He mounts shocking publicity stunts to put the band’s name on the map, but the lines between show and reality start to blur. Arson, violence, and a vicious murder shock the nation that is under siege by these Lords of Chaos.”

8. Rush: Beyond the Lighted Stage

Synopsis: “An in-depth look into the Canadian rock group Rush. And their musical change from their progressive rock style in the 1970s to their current heavy rock sound.”

Synopsis: “With unprecedented access, HAIL SATAN traces the rise of The Satanic Temple: only six years old and already one of the most controversial religious movements in American history. The Temple and its enigmatic leader Lucien Greaves is calling for a Satanic revolution to save the nation’s soul. But are they for real?”

A movie about three band members looking for a break going to a radio station in order to perform their demo.

Synopsis: “The Lone Rangers are a heavy metal group comprising vocalist/guitarist Chazz, bassist Rex, and drummer Pip. Despite their enthusiasm, the band cannot get any producers to sign them on, much less listen to their demo tape. Desperate to get their music heard, the trio arm themselves with toy guns and break into a radio station to get their tape heard. However, the trio inadvertently draws the attention of the police, and a long standoff ensues.”

A movie about two teenagers who appear to be dumb and embark on a journey to make a historical show with the aid of a time machine.

Synopsis: “In the small town of San Dimas, a few miles away from Los Angeles, there are two nearly brain dead teenage boys going by the names of Bill S, Preston ESQ., and Ted Theodore Logan, they have a dream together of starting their own rock and roll band called the “Wyld Stallyns”.

Unfortunately, they are still in high school and on the verge of falling out of their school as well, and if they do not pass their upcoming history report, they will be separated as a result of Ted’s father sending him to military school. But, what Bill and Ted do not know is that they must stay together to save the future. So, a man from the future named Rufus came to help them pass their report. So, both Bill and Ted decided to gather up historical figures which they need for their report. They are hoping that this will help them pass their report so they can stay together.”

Synopsis: “Based on the bestselling autobiography from Mötley Crüe music band, the film is an unflinching tale of success and excess as four misfits rise from the streets of Hollywood to the heights of international fame.”

A movie about two teenagers who accidentally invokes an ancient evil force known as The Blind One.

Synopsis: “Metalhead Brodie is sent to live with his Christian aunt and uncle and meat-head cousin after his drug-addicted mother is sent away. Brodie seems unable to fit in until he meets the mysterious Zakk at a record store. Joined by their love of metal, the two form the metal band Deathgasm, along with fellow outcasts Dion and Giles. However, when Brodie and Zakk break into the house of metal star Rikki Daggers they find mysterious sheet music known as The Black Hymn. Deathgasm plays the Black Hymn, which unleashes a demon known as Aeloth who possesses the town’s citizens. Now it’s up to Deathgasm and popular girl Medina to fight demons, prevent the apocalypse, and save the day.”

A movie by Jack Black. One of the lazy people Dewey Finn becomes a substitute teacher in an overtly obnoxious public elementary school but he is able to experiment to transform your class to a rock group.

Synopsis: “After being fired from his own rock band, guitarist slacker Dewey Finn needs to raise some money to pay for his rent and his bills. When his best friend and substitute teacher Ned Schneebly is called to temporary work in an expensive private school, Dewey pretends to be Ned and accepts the job. He finds talented young musicians in his class, and he decides to form a rock band with the students to play in a local band contest. However, he must do this secretly so that the school’s principal and the students’ parents know nothing about his plan. Once Dewey wins a competition called “Battle of the Bands”, he can raise the $10,000 prize money and be recognized in the rock music business.”

15. We Summon The Darkness

Synopsis: “In the hot summer of 1988, against the backdrop of mass hysteria over satanic ritualistic homicides, the leather-clad metalhead, Alexis, and her best friends, Val and Beverly, embark on a road trip to a heavy-metal concert. But, there, a chance encounter with a trio of young hard rockers will pave the way for seduction, deceit, and murder, as nothing is what it appears to be. Now, blood stains the walls of Alexis’ secluded mansion in the woods. Who shall live, and who shall die after summoning the darkness?”

16. Until the Light Takes Us

A music documentary follows the interview footage to examine the popularity of black metal music in Norway in the 1990s which included artists who committed arson, murder, and suicide.

Synopsis: “This music documentary takes a BTS look at the controversial Norwegian black metal scene of the 1990s, an idealistic and innovative musical movement marred by jealous infighting and an unfortunate campaign of public violence. Drummer Fenriz of Darkthrone and Varg Vikernes of Burzum–an innovative but troubled musician who spent over a decade behind bars for the murder of Mayhem black-metal guitarist, Euronymous–tell their stories.”