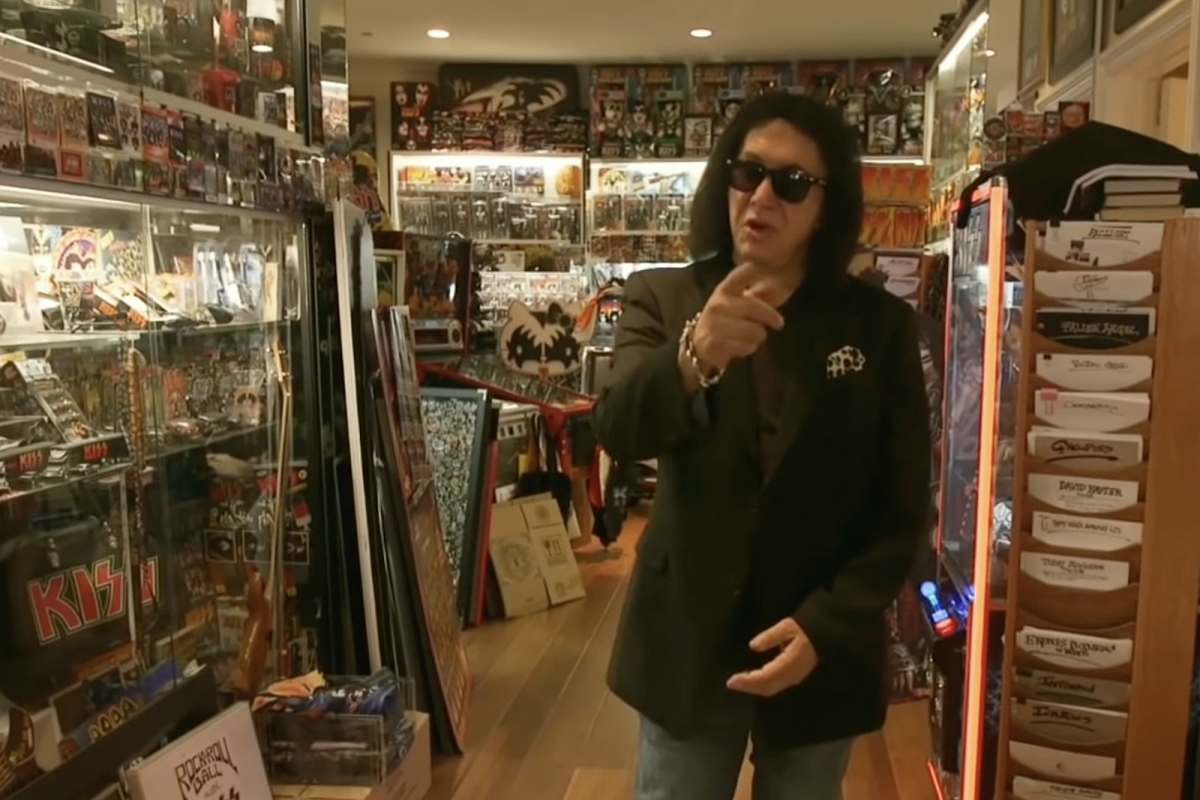 Breaking so many records without stopping throughout its ongoing career, KISS still has a really busy agenda to keep its fans pleased. And recently, the bassist of the regarded band Gene Simmons appeared in an interview, revealing there are much more extensions to come for the KISS Museum, including getting married at its chapel!

During his appearance, KISS regarded bassist Gene Simmons talked about the 15,000-square-foot KISS-themed space in Masquerade Village, revealing more extensions that are to come. According to the talented musician, the KISS Museum will also be attached Kiss By Monster Mini Golf at the Rio Hotel & Casino, which will be made after a 2,000-square-foot expansion.

While explaining, here is what Gene Simmons revealed about the news extensions of KISS Museum, what will be evolved eventually as a 15,000-square-foot KISS-themed glow-in-the-dark attraction space in Masquerade Village:

“My personal collection is gonna be at the Rio Hotel, and it’s gonna be a chance for all the fans to go up there and see close to ten thousand items — lyrics and things and guitars. No band has got this. We are the juggernaut of them all in-licensing and merchandising. But instead of being in one of my big houses, the fans will be able to go there, see, look, touch, take photos. And there will be video screens in the back so you’ll be able to be up on stage with KISS if you can imagine. And by the way, it’s also inside of the Kiss Mini Golf where you can play golf. And you can get married at the Kiss Chapel. We have a little person wearing my makeup and it looks like this: ‘Repeat after me: I was made for loving you.’ ‘I was made for loving you.’ ‘And then you were made for loving me.’ And they get married,” revealed Gene Simmons.

The launching date of the KISS Museum is set to the return of the “End Of The Road” world tour of the regarded band. The tour started in 2019 but was interrupted due to known reasons, as it will eventually be continuing in 2022 with rescheduled shows and new additional concert dates. 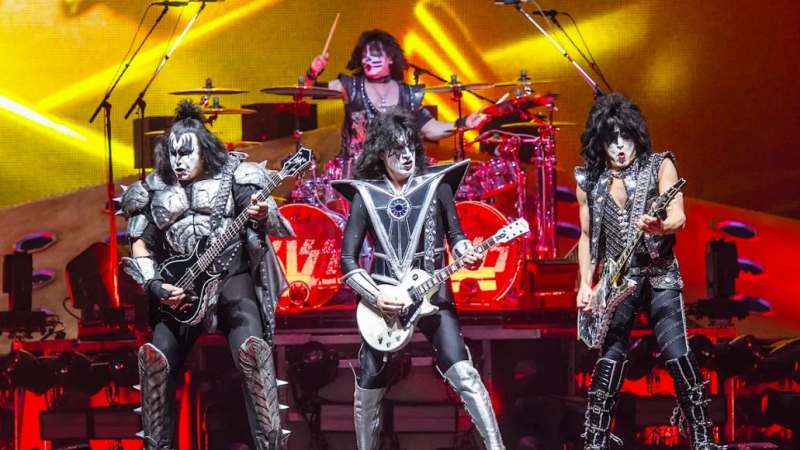 “I was in Las Vegas to start working on the KISS Museum, which is really just my collection because I’ve got a half-century of KISS stuff. I want the fans to see it,” also reflected Gene Simmons on his excitement for the museum, in an earlier interview of his. And while explaining, the talented vocalist and bassist of KISS also revealed they “definitely” think rescheduling the show in Las Vegas, which was canceled in October, and explained what are KISS’s future plans.

Ultimately, KISS bassist Gene Simmons also explained why they canceled Las Vegas shows in October, and what are their future plans to reschedule them. The regarded bassist also mentioned the regarded band’s revisiting plans for the city, saying “in a year, maybe half a year. With all due respect to all the other artists who are terrific, and who are great and iconic, we’d rather wait for the traffic to die down and bring the best show on Earth, period.”

You may find out more about what Gene Simmons said about the canceled shows of KISS in Las Vegas, which city will also be the home for the regarded band’s Museum. On the other side, the regarded band also continues its efforts to become one of the pioneering forces in the music merchandise and licensing industry with KISS-branded merchandise available in major retailers worldwide. Among their deals with the famous brands, such as Hot Topic, Target, Walmart, Urban Outfitters, and many more, the regarded band has also added new names to its list with Dead Sled Coffee, Robert Graham, Lauren Moshi, and many more as well, recently.

So, while KISS has been dealing with its busy agenda, Gene Simmons also put his Southern Nevada estate on the market for $14.95 million in October. You may also want to check out how the talented musician sold his house for a bargain along with more details about his estate. And please stay tuned for more updates on KISS and its regarded members’ busy agendas.

And before we finish, you can also see what Gene Simmons also shared of his KISS collection inside his Beverly Hills mansion through a video, down below.