After their ground-shaking success with their 2021 co-headline U.S. tour, the regarded metal bands Megadeth and Lamb Of God are finally coming back to continue for the second part of their ‘The Metal Tour Of The Year‘ tour.

Just like what happened to all other bands, Megadeth and Lamb Of God was forced to call off their ‘The Metal Tour Of The Year’ tour because of the pandemic earlier, although the tour was originally announced and scheduled for 2020 in the first place. So, all the fans had to wait for the return of the regarded bands until the two bands hit the road again to wander 29 cities across North America to meet 172,000 metal fans with the first national amphitheater tour last summer.

And after gaining enormous acclaim, Megadeth and Lamb Of God are coming back for the second leg of ‘The Metal Tour Of The Year’ with also the support of their special guests Trivium and In Flames, kicking off the tour on April 9 at Michelob Ultra Arena in Las Vegas. As for the tickets, the general sale will start at t 10 a.m. local time on Friday, January 14 from MetalTourOfTheYear.com, produced by Live Nation. Also, the VIP packages’ general public sales will start on Friday, January 14, 2022, at 10 a.m. local time via MetalTourOfTheYear.com.

After all, Live Nation will also be providing digital and collectible NFT ticket stubs to ticket holders as a part of their Live Stubs, while they would be only collector items and not replace the real tickets that are needed to physically enter the show. Among all, those Live Stubs will also allow fans to collect ticket stubs once again, with much more offers. Reflecting unique sections, rows, and seats for ticket holders, Live Stubs will automatically be included with tickets on select Live Nation shows in North America. So, fans will also be able to view, share, gift, trade, and resell their live stubs on Livenation.com.

On the other side, the leader and frontman of Megadeth, Dave Mustaine has already shared his excitement for the second leg of their tour and said:

“‘The Metal Tour of The Year’ is exactly what it sounds like — a night of some of the best heavy metal bands in the world — live and loud. Anyone who came to a show last year knows what I mean, only this one’s going be even better. Do not miss out.”

Following him, also the frontman of Lamb Of God Randy Blythe has spoken about the upcoming tour and said:

After the two regarded bands’ speeches, also Trivium and In Flames‘s members have added their opinions:

“We are excited to finally be able to join our dear friends in Megadeth, Lamb Of God, and Trivium on this year’s ‘Metal Tour of The Year’! We can’t wait to be back on the road in America and to reunite with you all. Don’t miss this tour it’s a juggernaut,” said In Flames singer Anders Fridén.

Here are the dates of ‘The Metal Tour Of The Year‘ tour of Megadeth and Lamb Of God with the supports of Trivium and In Flames, down below. 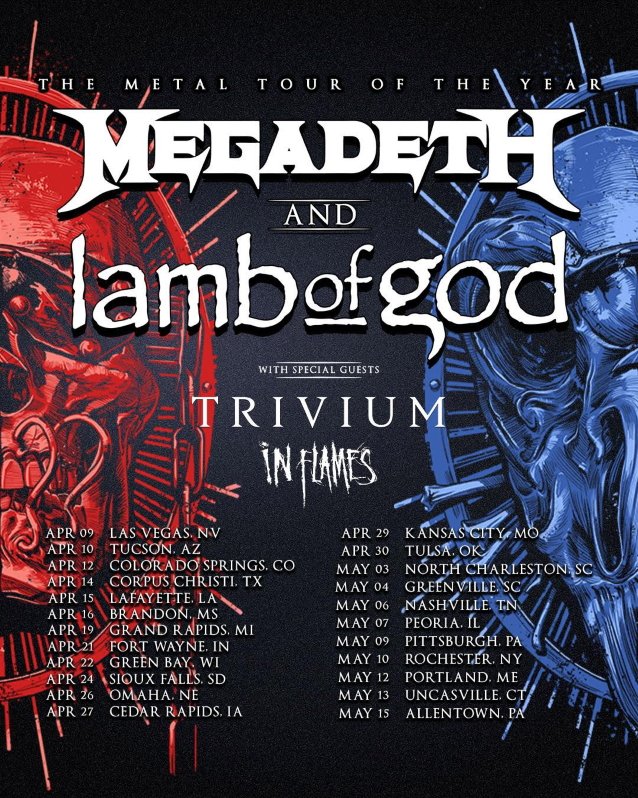 Tool Will Be Headlining 2022 Bonnaroo Festival 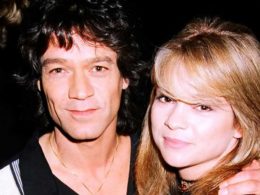 After opening up the death of the legendary guitarist of Van Halen, his first wife Valerie Bertinelli opens…
byYaren İlayda
No comments 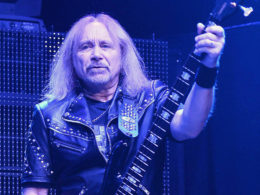 In the last couple of weeks, we’ve shared plenty of news and interviews about Judas Priest. But most…
byBatu Demirbas
No comments 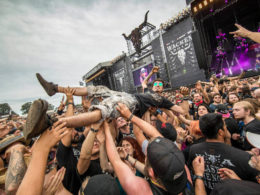 Festivals are starting again. That is a sentence that we are probably going to hear for a while.…
byBatu Demirbas
No comments 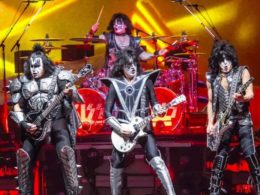