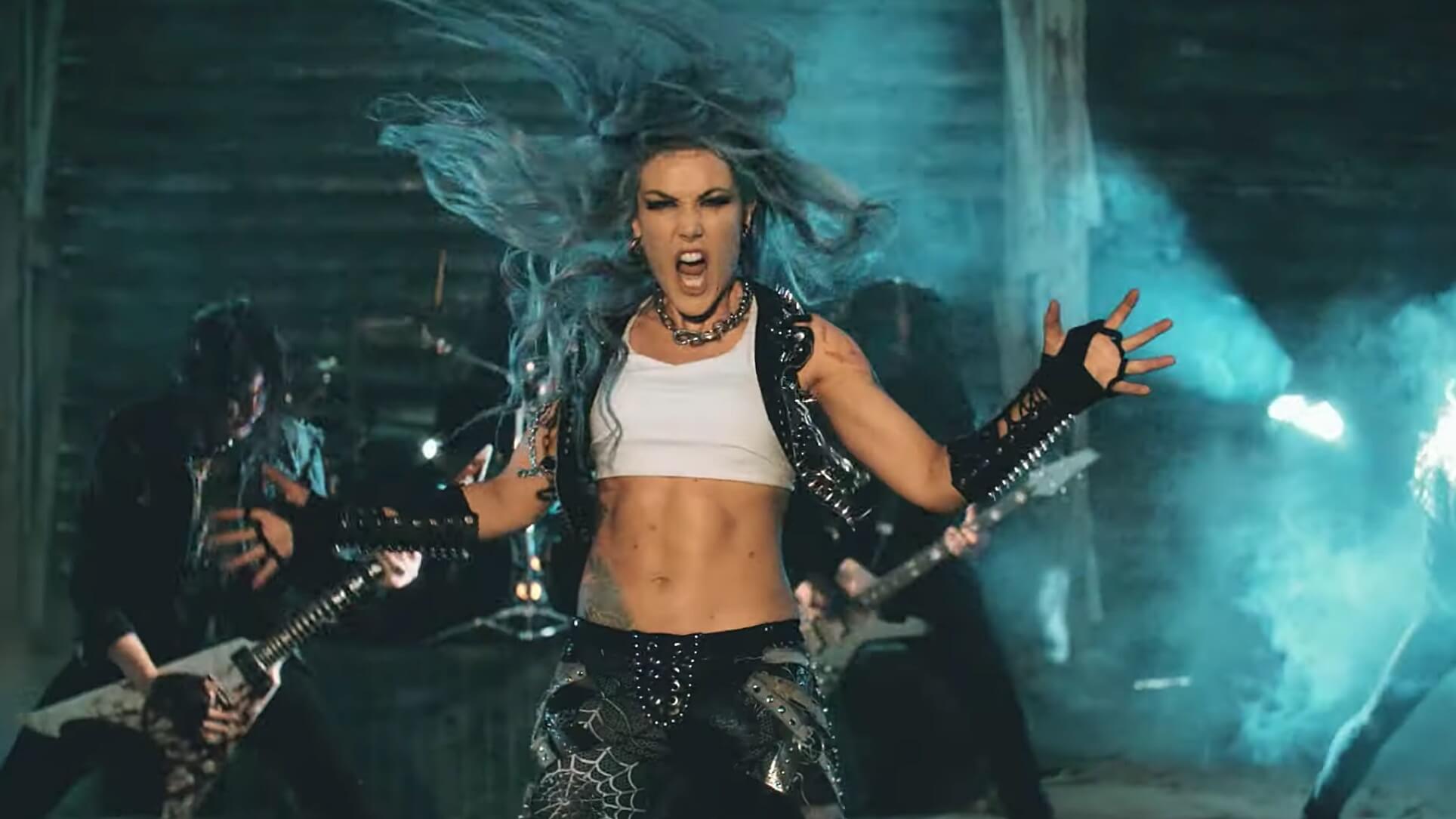 Alissa White-Gluz is a Canadian musician. She is a Canadian singer popular for her role as lead singer in Arch Enemy, the Swedish popular death metal group Arch Enemy, and former the lead vocalist and founder member of Canadian metalcore band the Agonist. She is also known for her vegan and straight-edge lifestyle.

In a recent interview on Wacken, she answered some of the questions about being on a tour, veganism, a straight-edge lifestyle, and more about Arch Enemy (as transcribed by Metalshout.com):

“It super easy because I still party; I just don’t intoxicate myself when I do it. But if other people wanna do that, that’s their choice — it’s up to them. Smoking, I’d like them to stay away ’cause I don’t wanna breathe that in. But otherwise, it’s really, really easy, actually. It’s not even something that I think about. And actually, we have… In our tour bus, in our band and crew, I’m not the only sober one and I’m not the only vegan either, so I’m surrounded by a lot of different people and we all get along beautifully.”

She also talked on Mercy For Animals Facebook page:

“So, I have been vegan for over 20 years now. I was vegan before I ever started in music. I’ve never eaten meat in my life. I grew up in a completely vegetarian household, so going vegan was just the logical next step. And when I started doing music, there was nothing that I wanted to talk about more than animal rights. And so I was now using this heavy, passionate form of music to sort of convey a message that I wanted to. When I’m screaming in my band, I feel like I’m screaming for the voiceless. And I can’t imagine being that loud if I had nothing to say.

“Being female, being vegan, and also being straight edge in the metal world is just a combination of targets on my forehead that make it really easy for me to get singled out or pushed around. But those are just things that are so much a part of who I am that I couldn’t change them even if I wanted to. And I wouldn’t – I wouldn’t change for anyone.

“In my opinion, metal is all about rebellion – it’s about carving your own path, thinking against what everyone’s trying to make you think,” Alissa added. “And veganism is the ultimate form of rebellion because you are literally taking things that people have told you are normal that deep down inside you don’t think are normal that you’ve been conditioned to accept about your day-to-day tasks, like eating or what you wear or what you choose to buy.

Everyone says that’s normal, that you need to exploit other living beings for those things, but you don’t. And so taking a stand against that is what veganism is. And that is really metal.”

Also, Arch Enemy will release their eleventh studio album, “Deceivers”, on August 12th, 2022. You can watch the entire interview below!