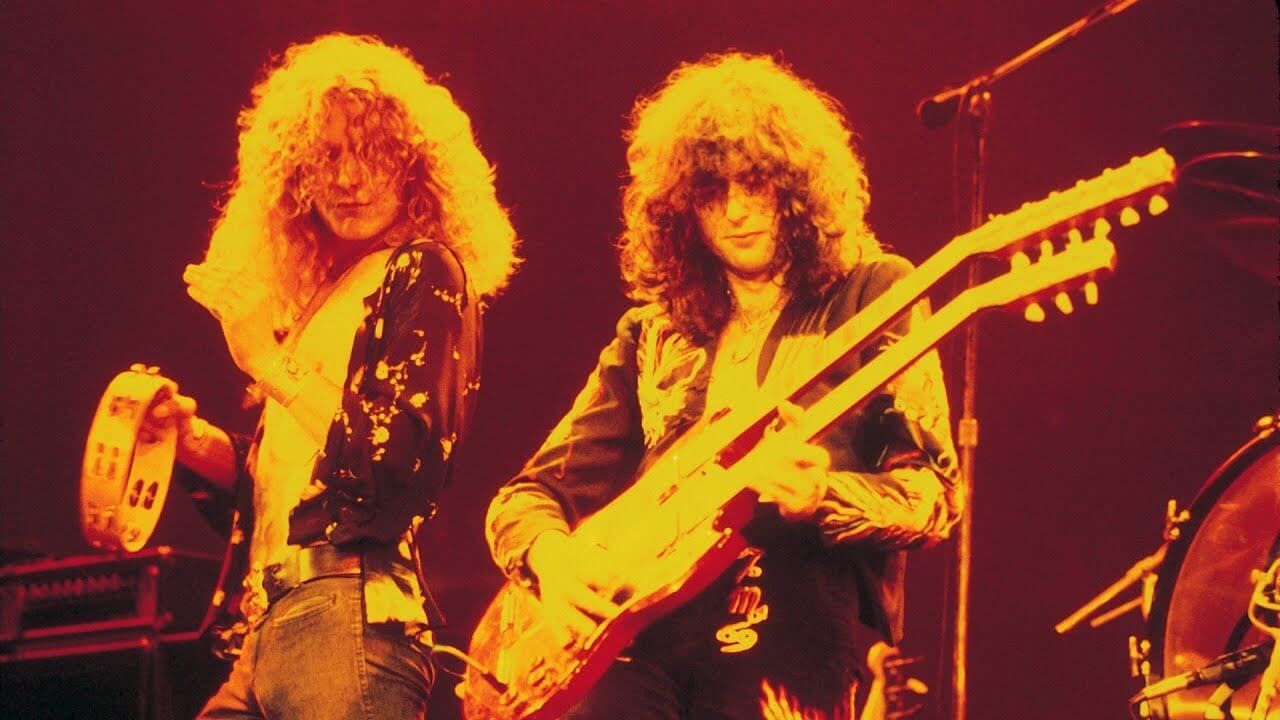 Led Zeppelin is the founding father of metal music regarded as part of the ‘unholy trinity.’ During their career, Led Zeppelin had made various tours. In their tours, they refined the idea of the rock show like no other band had done before them. With refined rock shows, Led Zeppelin became one of the biggest bands the world had ever seen. Also, their new style inspired new metal bands. In other words, Led Zeppelin taught all metal bands how to perform metal performances.

Led Zeppelin was founded by Jimmy Page, Robert Plant, John Bonham, and John Paul Jones. They made some of the most defining studio albums together. They made their astonishing albums in 10 years. With those studio albums, Led Zeppelin album introduced metal all around the world. They influenced thousands of musicians with their style. They were true legends.

8. In Through the Out Door

When the band released this album, the band members have encountered many problems. John Bonham and Jimmy Page were dealing with the substance of the abuse. Because of the death of his son, Robert Plant felt desperate. These situations affect the entire album-making process.

The album could not achieve any success. Yet, the album has one track regarded as Led Zeppelin‘s best song. The track is ‘Fool in the rain.’

Led Zeppelin released the ‘Led Zeppelin III‘ album in 1970. While Led Zeppelin was recording this album, they used different sounding for the album. When the fans listened to this album, they were surprised. Because neither of the Led Zeppelin fans expected a Celtic vibe in this album. The album includes a few great songs worth to listen. Those songs are  ‘Since I’ve Been Loving You,’ ‘Immigrant song,’ and ‘Celebration Day.’

4. Houses of the Holy

After the band released the “Led Zeppelin IV” album, members learned Led Zeppelin fans like the experimental works. That’s why they find a chance to release another experimental album. With this album, Led Zeppelin took a risk. The album represents a different style than the other album. For example, the band makes bizarre reggae-inspired “D’yer Mak Maker” and the synth and keyboard-heavy “No Quarter.” Those tracks are Led Zeppelin’s most fascinating works.

The band released this album in October 1969. Many musicians used this album as an outline for their new albums. We can say that Led Zeppelin became the idol for the new musicians. Besides showing the road for new musicians, this album is crucial for the Led Zeppelin career. With this album, Led Zeppelin showed what can do artistically. When we listened to the “Whole Lotta Love,” “What Is and What Should Never Be,” “Thank You,” and “Ramble On”, we can easily see Led Zeppelin‘s masterful range from stomping hard rock to breathtaking ballads. Also, those songs are the remaining among the band’s defining tracks.

What is Led Zeppelin’s best-selling album?

This album is a masterpiece! When we look at glance at the list, we will see “Black Dog,” “Rock and Roll,” “The Battle of Evermore,” Stairway to Heaven,” When the Levee Breaks,” “Misty Mountain Hop,” “Four Sticks,” and “Going to California.” These songs are an integral part of metal music history.

Why do I define them as an integral part of metal music history? To understand, you need to listen to “Stairway to Heaven.” Because of the uniqueness, The track becomes a cliche metal genre. The entire work is just about Jimmy Page‘s guitar solo alone. Led Zeppelin had never done it before. Luckily, the track was not enough to overshadow the rest of the album. Other songs are as good as “Stairway to Heaven.”

When Led Zeppelin released the entire album, fans hated it. The band took too many negative reviews about the album. Fortunately, the fans understand the value of the album years later.

What was Led Zeppelin’s biggest hit?