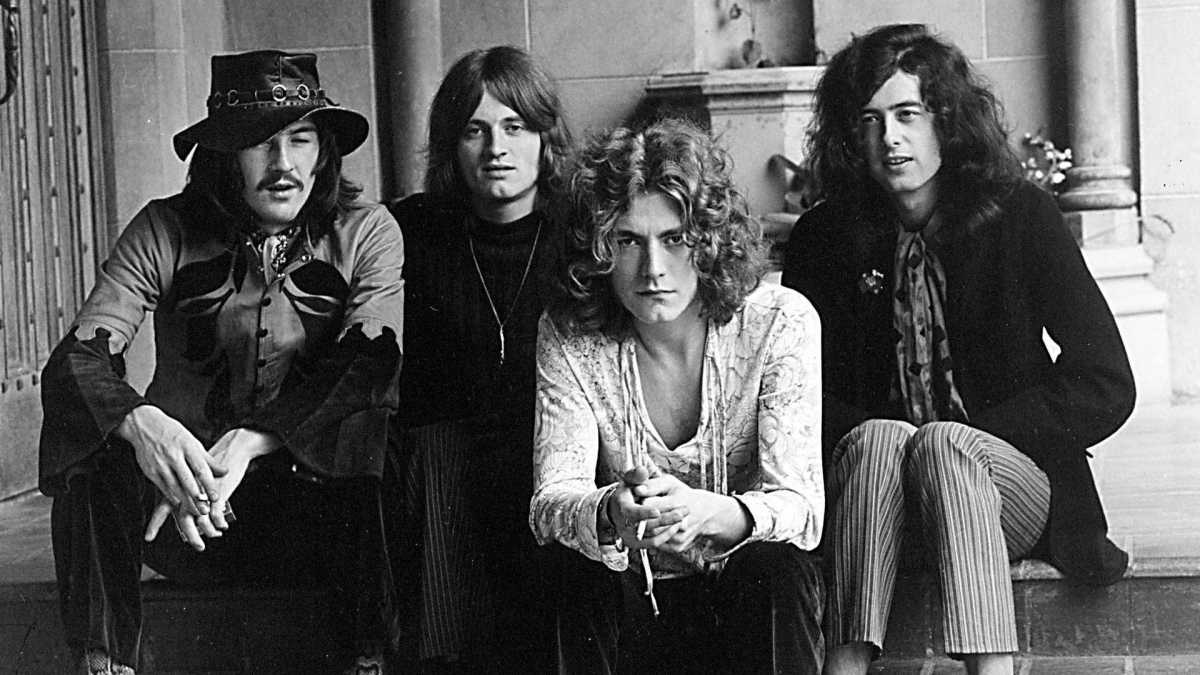 Their career might have been very short-lived, but this never hindered Led Zeppelin from becoming the most influential band. And thanks to their unique and immortal songs, even after decades, the legendary band’s songs still manage to guide young artists on their way. So, let’s take a little trip back in time and see the best ten songs of Led Zeppelin.

Formed in 1968, Led Zeppelin’s original name was The New Yardbirds, consisting of vocalist Robert Plant, guitarist Jimmy Page, bassist/keyboardist John Paul Jones, and drummer John Bonham. As the band is seen as one of the progenitors of hard rock and heavy metal, its songs also carry out a variety of influences on them, including blues and folk music. But even after almost five decades after the legendary band’s disbandment, its legacy of it and its members are still influencing everyone overflowing from its time and giving a chance to how all those great music has been shaped so far.

So, let’s continue and look back at the time to see the best 10 Led Zeppelin songs that also had the most impact on our lives.

Communication Breakdown was one of the band’s first songs to be worked on by them as they developed it from a guitar riff played by Jimmy Page while the rest of the band wrote the song around it. As a result? One of the most excellent riffs of all time comes from Page while Robert Plant‘s voice touches deep down our souls.

First released as the second track from the band’s fourth album in 1971, Rock and Roll has become one of the most dynamic hard-rock songs of all time even though it was developed from a spontaneous jam session. While also featuring a guest appearance of the Rolling Stones pianist Ian Stewart, the song is based on the 12-bar blues progression in A as it also carries heavily blues influences, as well. But still, the song rocks out with the members’ rip-apart performances that also showcased one of the best rock and roll revivalist tunes of all time.

8- How Many More Times

Incorporates blues, rock, early metal, and psychedelic rock, How Many More Times invented a whole new genre to close the regarded band’s revolutionary debut album. While the song had also become a staple for the band’s live shows as well as one of the best Led Zeppelin songs, Jimmy Page explained the song “was made up of little pieces I developed when I was with the Yardbirds, as were other numbers such as ‘Dazed and Confused’. It was played live in the studio with cues and nods,” during an interview back in 1993.

When it comes to creating sophisticated songs, not many bands could have gone even near Led Zeppelin at the time, that’s for sure. And Misty Mountain Hop was one of the proofs of this very fact, as it showcases a great mysteriously-themed package with all its sound, lyrics, supported by Jones’ amazing humid electric piano accompanied with a great harmony by Page as he delivers one of his legendary headlong riffs as always. So, while Jones, Page, and Bonham lock to each other with great harmony, the song’s lyrics were apparently about “being caught in the park with wrong stuff in your cigarette papers,” as Plant later explained.

Co-written by Jimmy Page and Robert Plant, Ramble On told the enchanting stories of the dark land of Mordor, Gollum, and The Evil One as it was heavily influenced by J. R. R. Tolkien’s The Lord of the Rings. Considering how The Lord of the Rings series are still famous and influencing even the new generations, Ramble On has also become as famous as the books and one of the best Led Zeppelin songs, unsurprisingly. Jimmy Page also later explained how he captured the smooth, sustaining violin-like tone on the solo, saying he used the neck pickup on his Les Paul with the treble cut and utilized a sustain-producing effects unit built by audio engineer Roger Mayer.

A gospel music song that originally belongs to Blind Willie Johnson, In My Time of Dying was credited list the four group members as the song’s authors although it was earlier released by other artists. While the song’s structure was built around Jimmy Page‘s amazing guitar riffs along with Robert Plant channeling over the song’s gallop rhythm, the band’s record producer Rick Rubin has also reflected on the song’s structure at the time, saying “The bass line in the fast grooves is so interesting and unexpected. It keeps shifting gears, over and over.” Showcasing their fearless attitude to explore outside of their box one more time, Led Zeppelin version of this song eventually passed even the song’s original version and produced one of their greatest songs, which also never bores while listening even though it is also the longest single track in the entire Led Zeppelin cannon.

Even though all Led Zeppelin efforts have affected us as much, many of us also probably would agree with each other that the legendary band’s debut album has always been enshrined in our hearts. And ‘Dazed and Confused’ also makes no exception among all, becoming another best song of Led Zeppelin that was released with their debut album. Also featuring the best use of a violin bow on a rock ‘n’ roll song ever, Dazed and Confused was also highlighted by Jimmy Page‘s amazing solo as always along with Robert Plant‘s raw and powerful vocal alongside.

Attracting so many people ever since the first day it was released, Kashmir has become not only one of the best Led Zeppelin songs but also one of the most epic songs of all time, for sure. Although how hard it was to array this list, the top 3 were even harder. Performed by the band at almost their all concerts after its release, Kashmir became a concert staple as well as being described as one of Led Zeppelin’s two most overtly progressive epics along with Stairway to Heaven. While reflecting its inspiration in Middle Eastern, North African, and Indian music with arranged certain sections that make the song even more seemingly complicated, Kashmir sure is one of the very best songs of Led Zeppelin as all members gave their best to provide their audience a tasteful and brave musical feast, as always.

Robert Plant and Jimmy Page did many songs that have proven they were one of the best duos on the earth. But, Stairway to Heaven? Highlighted by Page’s guitar solo, which is considered by many to be one of the greatest ever, accompanying Plant’s vocal makes you feel like climbing the stairways to heaven seriously, the 1971’s song has written Led Zeppelin and its name with golden letters to the history. Regarded as one of the greatest and most iconic rock songs of all time, Stairway to Heaven also got into the 100 Greatest Rock Songs of VH1 peaking at number three, while also being placed on Rolling Stone’s 500 Greatest Songs of All Time list at number 31, among many other lists and charts it stormed up.

While many of the Jimmy Page riffs are considered among the bests of all time, Whole Lotta Love is the song that contains Page’s greatest guitar riff of all time for real. So, considering also Robert Plant showcased one of his most charismatic performances on the song with his rusty and bluesy vocal longing on the verses, Whole Lotta Love became our first pick among the best Led Zeppelin songs.