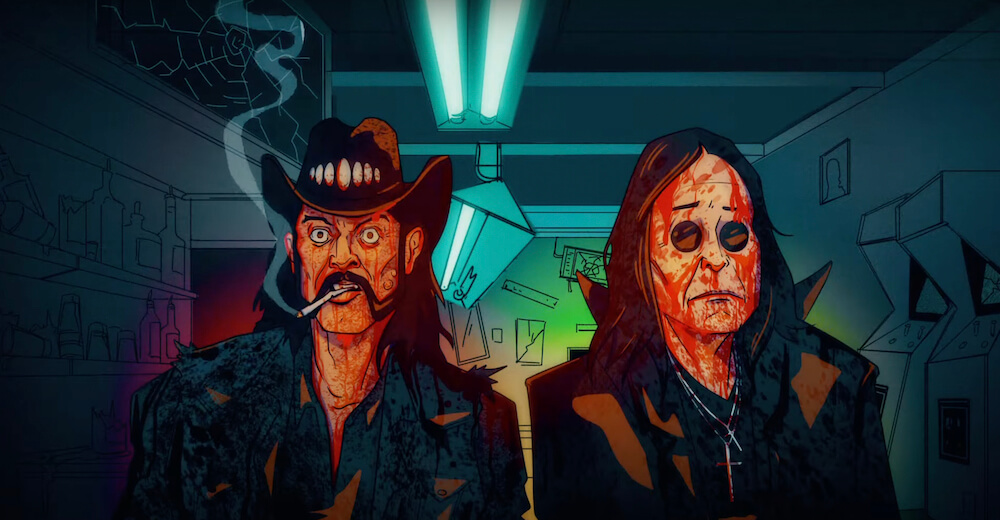 Ozzy Osbourne just shared that the singer was talking to his close friend and songwriting collaborator Lemmy Kilmister on the morning of the day that Motörhead‘s frontman died.

Lemmy Kilmister who turned 70 on the 24th of December in 2015, was informed just two days after that he had been suffering from an aggressive type of cancer. The death came two days after on the 28th of December 2015 at the home he shared with his wife in Los Angeles, USA. During a new interview with Classic Rock, Ozzy Osbourne talks about losing his friend, and says that he was actually talking to Lemmy on the morning of December 28.

What did he talk to Ozzy Osbourne and Lemmy Kilmister the morning he died?

“He was a good man, Lemmy was. All the guys from Motörhead have gone now, from the original band. It’s hard to lose anyone you love. I was talking to Lemmy on the morning that he died, but I couldn’t understand what he was talking about. I wanted to talk to someone else who was there, but they kept giving the phone to Lemmy. I have fond memories of Lemmy. He was an interesting man. You’d go into his apartment and it was like walking into Steptoe’s fucking war museum, with his daggers and Nazi memorabilia. He was a very educated man.”

“We did South America together in April 2015, and then I noticed he didn’t look too well. I remember saying to him, ‘Are you okay?’ And he said, ‘I’ve got kidney problems.’ I didn’t realize he was as sick as he was. Left a big hole in rock and roll. Lemmy was not only my friend, he was everybody’s friend.

“I knew he was ill for a long time, and even when Phil died a couple of months. I wouldn’t speak to him too much; I’d correspond with him via text. And I said to him, ‘Sorry to hear about Phil. You must be sad. If there’s anything I can do, please let me know.’ And he texted me back saying, ‘Thanks for caring.’ I would always keep a correspondence with Lemmy. Lemmy was a dear friend of mine. A good man. A good guy.

And talked about the morning of death:

I was saying to my wife this morning… He worked right up to the very end, and I honestly think it was important for him to keep going. If he hadn’t been doing more gigs and traveling… His band must be fucking brokenhearted. I’m so glad I’m not in his band; I wouldn’t know how to fucking handle it. But he worked to the bitter end. And I think it was the reason that he got out of bed every day. Had he said, ‘I’m sick. I’m not doing it anymore,’ perhaps he would have died quicker. But I’m sad that he died when he did. I really am. If somebody were to say to me, ‘Which one person would you say epitomizes sex, drugs, and rock and roll?’ And it would have to be Lemmy Kilmister. He was everything that people think.

I don’t drink anymore, I don’t do dope anymore… I don’t do any of that stuff. It gets you in the end. But Lemmy says to me, ‘If I didn’t drink and have fun in my life, I probably wouldn’t live that long; I’m gonna be bored shitless. So I’m living my life as I wanna live it.’ And he lived on his own most of the time, apart from when he had a girlfriend there. But most of the time, he lived on his own.”

Ozzy Osbourne and Lemmy Kilmister are always friends and they will stay as a friend.