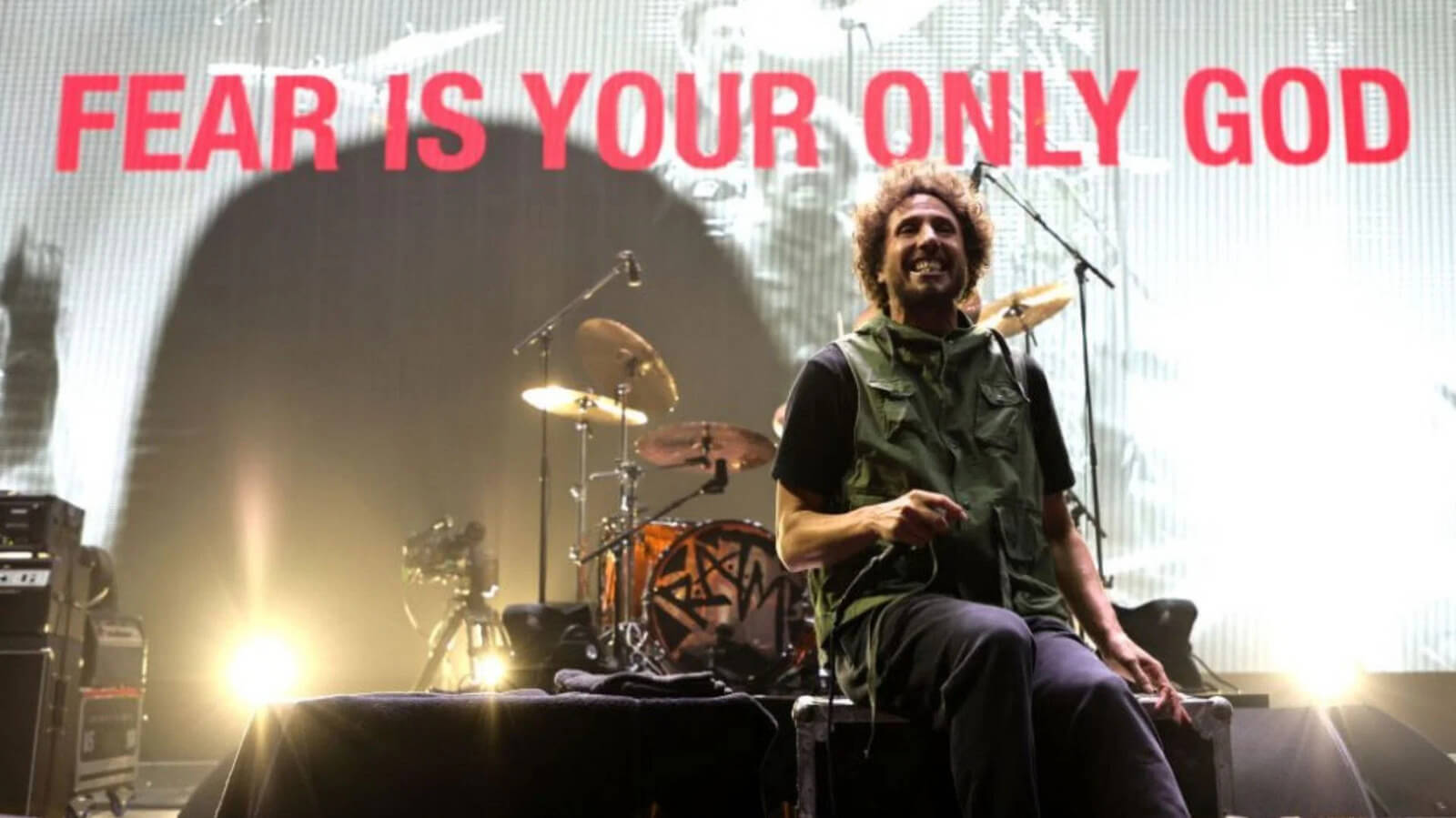 Rage Against the Machine band were forced to postpone their scheduled ‘Public Service Announcement‘ tour. For medical advice” because of an injury to the frontman Zack de la Rocha, who required “rest and rehabilitation”.

Why Did Rage Against the Machine cancel the tour?

During the second concert of the North American leg. In Chicago on July 11th, 2022 – we saw Zack de la Rocha injure his leg onstage, leaving for a short time before continuing the performance seated.

Zack de la Rocha talked about the injury night: “I don’t know what happened to my leg right now. We are gonna keep this fucking shit going. I can crawl across this stage. We are gonna play for you all tonight.”

End of the ‘Bullet in the Head’, the fourth track of the album, Zack de la Rocha landed dangerously on the stage. This caused injury to his leg. He quickly recovered from the moment, hopping onto the riser of the drum to rest his leg on it.

You can check the updated version of Rage Against the Machine tour dates here.

“Before I review for you the story of the 1st image, I want you to know that I am posting this today because I went to see my good friend Zack (with his torn Achilles) perform last night at Madison Square Garden, one of the most hallowed venues in the modern world. RATM sold out FIVE nights. Even having to sit during the performance Zack de la Rocha showed the world what they had been missing in all the years he had been away from this incredible group of musicians. Zack ‘brought it’ like few others ever have or ever could. Integrity, and heart, the touchstones of the most important and greatest.”

Glen E. Friedman observations about the Rage Against the Machine tour:

“I had a great fucking time and was going off like a spoiled child up in front of the barricades because that’s how I’m used to it, being close and feeling it and letting it go through and move me. I was inspired! Even used my iPhone to make a few shots & video clips, I’ll add them here when you swipe left. I think I may even go back with some film and shoot OG style tonight, problem is the size of the venue and stage, for me, takes away the intimacy of closeness I usually go for, and the inconsistent lighting can be more than challenging when you go all analog/manual like I do. Maybe one day I’ll figure out how to use one of those digital cameras.”

A few days ago, Rage Against the Machine announced that the band were forced to postpone its 2022 UK and Europe ‘Public Service Announcement’ shows, due to “medical instructions” provided by the band’s guitarist Zack de la Rocha following his injury. Check the photos and videos below!