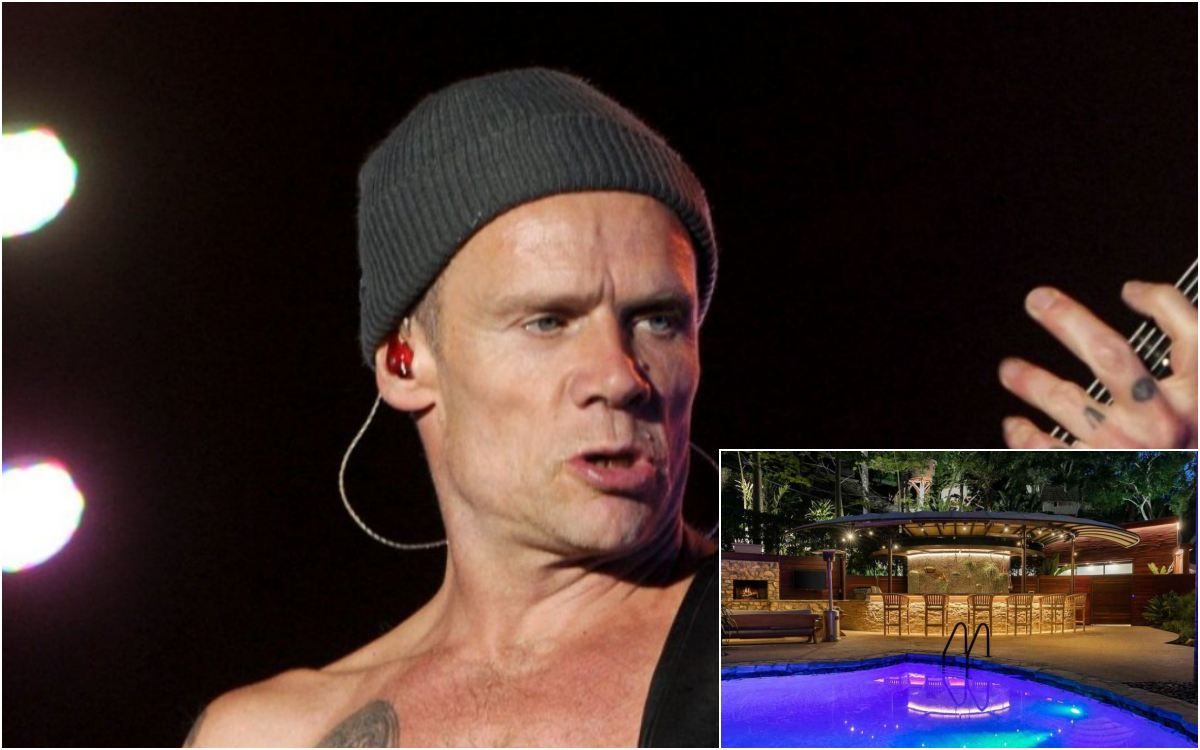 As the regarded band Red Hot Chili Peppers continues to make millions by topping the charts since the early ’80s, its talented bassist Flea has also been making a profit of it, as he purchased a new house in Beverly Hills for $14 million. Let’s see his brand new house along with details.

Formed in 1983 in LA by high school friends, the legendary band is being written to the history of rock music with all the achievements it has gained throughout its ongoing career. So, it’s not a shocker that its members have been also growing their fortunes’ after all.

And one of the members of the regarded band, best-known as Flea, has expanded his impressive real estate portfolio by adding one more asset to it. Flea has become Lana Del Rey and Jack Nicholson’s neighbor along with some other famous names, purchasing a house from Beverly Hills, which includes a treehouse and leaf-shaped pool within among many other things. The talented musician has been investing in real estate for a long time, as he keeps expanding his fortune with his successful career, just like his bandmate Kiedis. Flea has been buying and selling several properties in Los Angeles as well and was also lauded earlier by purchasing another house in Malibu worth $7.5 million, which is close to Kiedis’s house.

Built way back in 1948, the talented bassist of Red Hot Chili Peppers member’s Flea new house is out of sight from the street and resting beyond a long gated driveway, which is actually necessary as it provides huge privacy considering Flea’s fame.

The $14 million worth house of Flea is also surrounded by famous neighbors, as it has a heavily modified architectural structure along with seven bedrooms and eight baths in over 7,300 square feet of living space. Before Flea, the property had been owned by other famous names in past, such as Blue Note Records president Don Was, and former Paramount chief Adam Goodman, as well.

In addition to all, the talented musician’s new house also includes a four-car garage, a treehouse, leaf-shaped pool, an art cabin, and a state-of-the-art Bel Air Circuit movie theater with a 15-foot screen, among many other specialties it has.

So let’s take a closer look at the new house of Red Hot Chili Peppers bassist Flea with photos.

Above all, Red Hot Chili Peppers bassist Michael Peter Balzary’s net worth is $150 million. As Flea gets to be the richest member of the band, he keeps growing his fortune with not only his band but also doing other works outside of his tenure with the band.

You may also be interested in finding out more about other members’ net worths of Red Hot Chili Peppers, from this article.