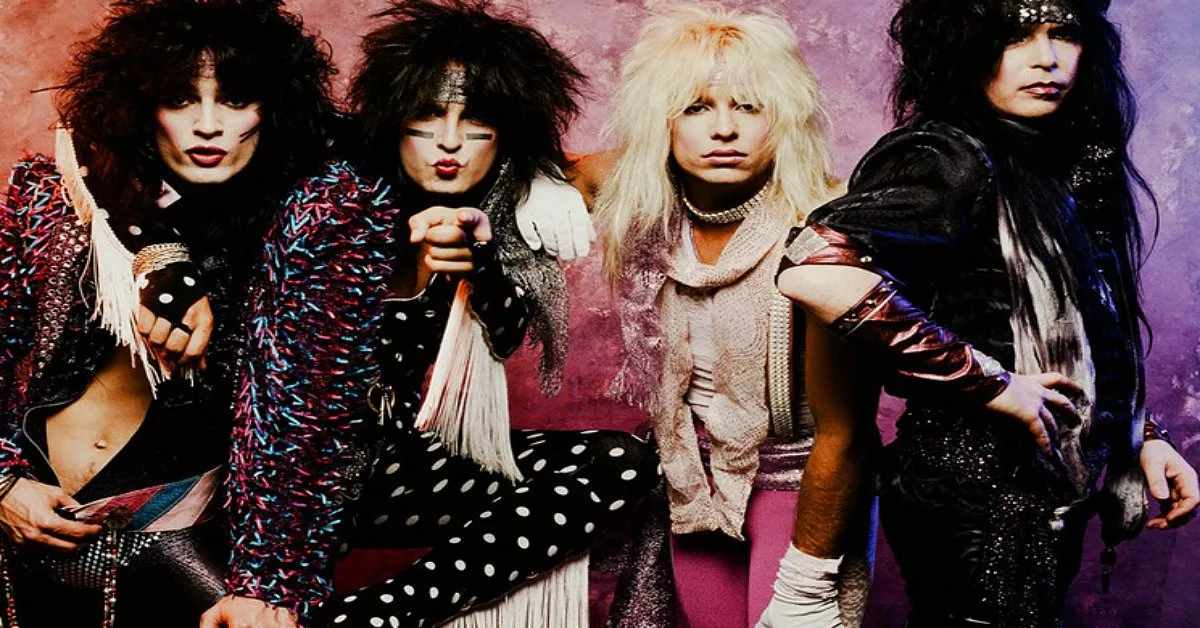 Those effectors, guitar tones, vocal tones, solos, predatory riffs, and more, glam metal sure brought a new taste to metal music and affected everyone when it blew into our lives in the late 1970s. But what was more maddening about it was precisely the music clips that have come along attached. So, here we are with the 12 epic glam metal clips to get a little nostalgic, after all.

Featuring pop-influenced hooks and guitar riffs, upbeat rock anthems, and slow power ballads, glam metal offered a new shape of heavy metal that evolved directly from the glam rock movement of the 1970s. So, it was also inevitable for glam metal to borrow the glam rock movement of the 1970s image and fashion sense to make reasonable its charge, fusing it with the decidedly more heavy metal leaning and theatrical acts such as Alice Cooper and KISS.

Eventually, it achieved significant commercial success. It also defined itself with flashy and tight-fitting clothing, makeup, and an overall androgynous aesthetic rather than the traditional “denim & leather” aspect of heavy metal.

After all, here are the 12 epic glam metal clips still affecting us with their stone-washed jeans, big hair, black leather, and great nostalgic music down below.

What could’ve gone wrong in creating the ‘Third Annual Miss Rock Fantasy Rock Pageant,’ as long as it featured beautiful and skinny girls walking and dancing around while also tossing their hair with all charm, right? Apparently, Helix had that idea, at least as one among all, considering there are also getting covered in pillow feathers scenes and more, as well. Even if all sounds very cheesy right now, it worked at the time.

Here is another pioneer of glam metal, Poison, spending every bit of energy during the video, which might be a metaphorical reference for their career. Who knows? What we all know is they have achieved amazing things along their way, including this amazing song wiping the rust off the ears while also its video offers a massive fun to watch along with seeing the roots of glam metal, as well.

It might almost have all the necessary elements of glam metal, but who could claim it also cannot be very funny at the same time besides all being sexy thing and etc. David Lee Roth has proven it could so, as you can see throughout the whole clip with all out-fun.

The irresistible charm of wanting to pay a visit to The Sunset Strip in the ’80s… Nothing could have defined this music and its clip more, in our opinion. Or maybe, if only we could invent the time machine, right? But no matter what, even only watching this amazing music video of Mötley Crüe gives a little consolation and a taste from the great times of the past, anyway.

As the name suggests, Britny Fox doesn’t seem he could offer anything better than a school full of girls ready to rock. But what’s more, the clip might be really a great option for blonde lovers, anyway. It only makes us wonder if Britney Spears could have inspired from the clip before making …Baby One More Time, after all.

Even though there are not much of girls fooling around, hair spray, or anything relevant with motorcycles, Bulletboys sure offers a great feast of both visual and musical with this song. But don’t worry, there are also still lots of hair and a sexy lady even though it is animated, accompanied by the great screams of Marq Torien, and all.

Of course, it would be awkward and foolish if we have forgotten to mention one of the pioneers of glam metal. Look at those guys jumping around with all those beautiful girls. But still, Paul Stanley‘s moves are really way better than the girls while also Gene Simmons‘s amazing poses should not be overlooked, as well. It only seems not the girls make KISS want to rock hard but just the opposite. But either way, the song and its video still rock hard anyway!

Delivering a great and filled with soul message, this song sure has the whole package in it with; the hair, the voice, the moves, and of course great music accompanied by Sebastian Bach‘s incredible ass-kicking voice. After all, we all want to feel never – ever – over 18.

It was really hard to choose among the all insane and great works of Alice Cooper. And if you are also thinking of ‘Poison? Daa!’ you are damn right. But we also wanted to give this another amazing song a place since we also couldn’t just pass through it, considering ‘Poison’ is already all over the place, after all. Yet, you might also be interested in our special list consisting of only the regarded musician and his best songs, if you can’t just get enough from Alice Cooper, too.

Jason Derulo sure can keep talking dirty to the ladies, but those guys, on the other side, sure know better than him how to talk to a lady, after all. They at least tried to cover the dirt with lots of sweetness, riffs, and choruses, along with of course a blonde, sexy girl fooling around, tossing her hair, while touching, eating, dancing, or whatever she does during the video. But on the other side, what all they seem to be paid off as well, considering Warrant became an MTV hit, while also its lead singer Jani Lane got his Cherry Pie and married, eventually.

Considering the heat in this video, it is pretty natural everyone in it can’t seem to be getting enough of what they are in need of. In this case, the best choice would be a place with air conditioning, we suppose. But, of course, no! They are all great with their motorcycles and goofing around with their long and fluffy hair that makes them look great, despite the heat. The real heat, obviously, is more likely to be inside them. But who are we to judge? It’s glam metal, man!

One of the most emotional songs was ever written in glam metal, Danger Danger‘s ‘I Still Think About You’ still is also one of the best options to listen to in a bitter peace. This clip and the song lyrics sure offer moments filled with nostalgia, as well as the feeling of grudge to old but great lives people had while attending all those ground-shaking live shows that happened in the past.