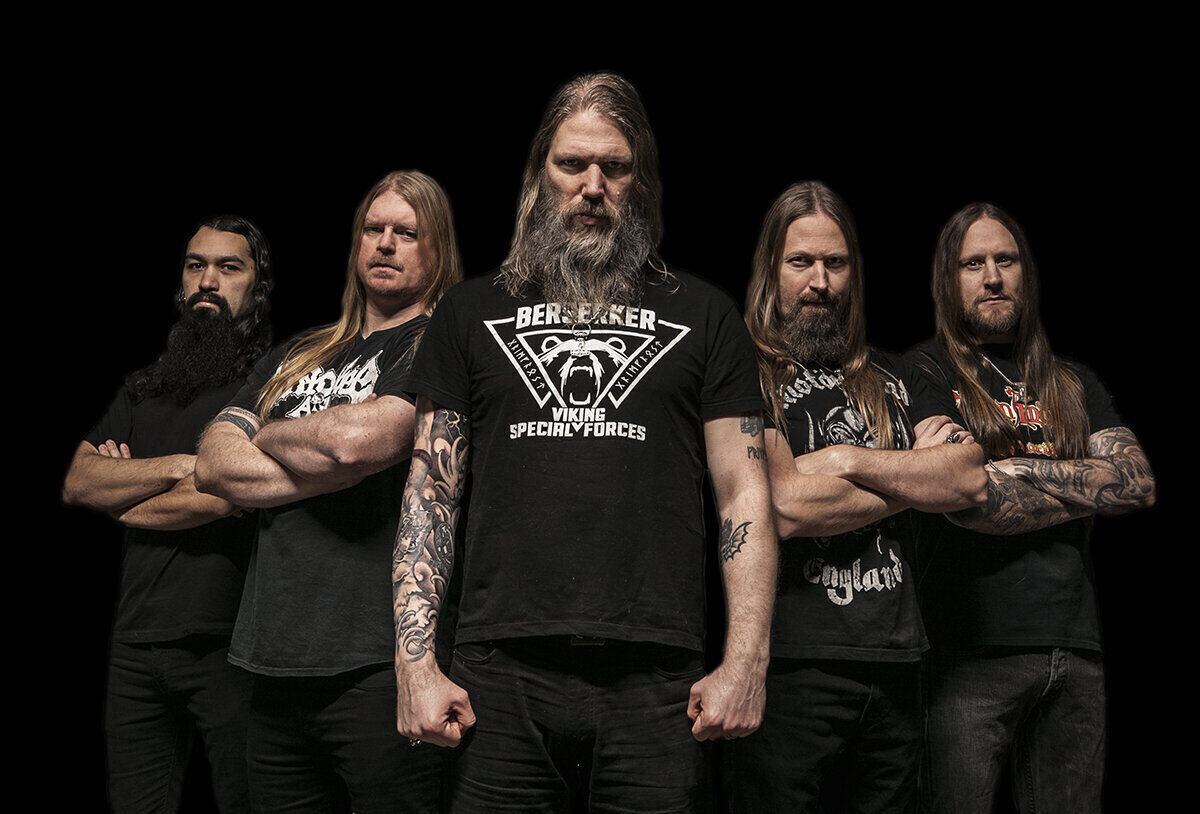 Swedish melodic death metal band Amon Amarth is celebrating the 20th year of their third studio album. Their album ” The Crusher” was released in May 2001. Amon Amarth has re-recorded their popular track “Master of War” and released that on YouTube to celebrate this anniversary. You can find that song below this page.

After almost 30 years in their career as a band and 20 years after their third full-length studio album, Amon Amarth is still an important name in the industry. They released their latest album called “Berserker” in 2019. Now today they released the re-record of “Masters of War” on digital platforms.

This re-record is not the only news about these ongoing celebrations. Amon Amarth also announced a special edition of “Masters of War merch with the release of re-record. If you want to take a look at that merch you can click on that link.

For the celebrations and the release of re-record, Amon Amarth’s frontman Johan Hegg shared that comments below:

“Celebrating the 20th anniversary of The Crusher album, we felt we wanted to re-record one of the main songs from the album and put a bit of a modern Amon Amarth touch on it. Enjoy!”

Amon Amarth, formed in 1992 is a Swedish melodic death metal band. They have actually emerged from the previous death metal band Scum, formed in 1988. From the day that band is formed, they managed to improve themselves and got recognition all around the world. In the new Millenium, Amon Amarth got even more popular. They kept releasing songs and albums and some of them reached worldwide popularity. 2006 release With Oden On Our Side and 2008 release Twilight Of The Thunder God are some of the most popular albums of the Swedish band.

Their latest album is 2019’s “Berserker”. Amon Amarth worked with Sphere Studios and producer Jay Ruston. Jay Ruston is also known for his previous works with Steel Panther, Anthrax, and more popular names in the industry. That new album received good critics and found itself in “Top 50 of the year” lists. And this doesn’t look like the last album and song of a Swedish band. Even after all that years, they stand tall and strong and keep working on their music.

Without saying anything more, here is the re-recording of their hit song, Masters of War. Please don’t forget to share your comments on this new release. What do you think about it compared to its original version?