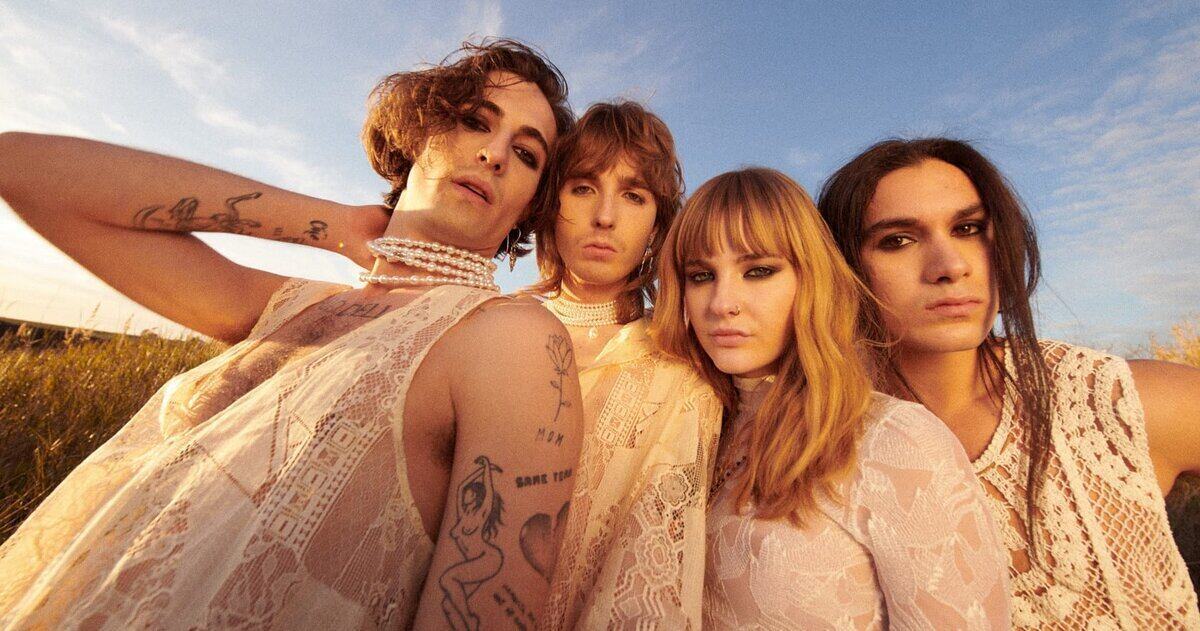 Maneskin was a rock band, formed by Italian members, in Rome, in 2016. They were making songs, getting good views and attention but this year they’ve changed the game. American rock fans may or may not be familiar with Eurovision but it is one of the biggest musical events in Europe. And Maneskin is the winner of this year’s 2021. After winning the Eurovision song contest their fame and popularity increased phenomenally. Their songs become viral on TikTok, Instagram. They gained fans from all around the world and now, Maneskin fans are waiting to see them live. With the easing Covid-19 restrictions, they’ve started their tours and concerts around Europe. But if we look at the charts and numbers, it’s not too far to see them in the U.S. and Asia.

“I WANNA BE YOUR SLAVE” hit top of the charts by becoming No.1 on Billboard’s Hot Hard Rock Songs on June 26. This was their first No.1 song. Before I WANNA BE YOUR SLAVE, their Eurovision songs Zitti e Buoni was on the same list by entering from No. 23 and peaking at No 8.

Billboard charts are not the only indicator showing Maneskin’s success in the United States. It can also be seen on YouTube Music Charts. They’ve entered Global Top Artists ranking from No. 70 and become No. 38 this week while they were only on charts for five weeks. For reference, Korean boy band BTS has the No.1 on this list for weeks.

Maneskin is like a band of friends. Vocalist Damiano David also shares that in his interviews.

“We are just four friends doing what we love. And we hope it continues like that.”

They already have 2 albums. One of them is the 2018 album Il Ballo Della Vita and the other one is 2021’s  Teatro D’ira, which contains Maneskin’s most popular songs such as I WANNA BE YOUR SLAVE and Zitti e Buoni.

We currently don’t know if or when they are coming to the U.S. but with these numbers, they sure will be performing in the states very soon. We’ll keep sharing information about Maneskin.