Black Album, or with the official name “Metallica” is one of the most popular albums in Metallica’s history. It contains so many iconic songs such as Enter Sandman, Nothing Else Matters, Sad But True, and more. That’s why this year, the 30th anniversary of the Black Album is very special to Metallica. To celebrate this year, they are putting out something special. But it seems like the special whiskey for the celebrations is not enough because they are planning to do something with famous musicians all around the world.

But before going to the musicians part, they’ve also done one more thing for the anniversary. Just like they did for all their anniversary events, they’ve released a special edition of the album (which can be defined as a super-duper-extra-special deluxe edition). That special deluxe edition contains “The Original Black Album 180g Vinyl and the CD”, “Sad But True Picture Disc” and plenty of LPs and EPs. The full list is shown below, and that box can be bought from the official Metallica website.

A lot of special covers

Now it’s time for the musicians part. As we’ve said before they are putting together famous musicians from all around the world to perform Black Album songs. There are more than 50 musicians Metallica working with for these celebrations. All these names are from different cultures, different genres, different contents. There are some metal and rock-related names such as Ghost, Corey Taylor, Volbeat, and The Hu. The whole list can be seen in the video above.

Speaking of these special covers, one of them is already released. Nothing Else Matters by Miley Cyrus feat. WATT, Elton John, Yo-Yo Ma, Robert Trujillo, Chad Smith took its place on YouTube. 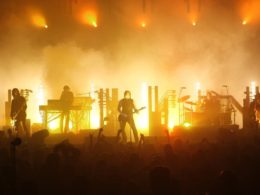 Seeing long albums and songs is not surprising for metal fans. Compared to other genres in the music…
byBatu Demirbas
One comment 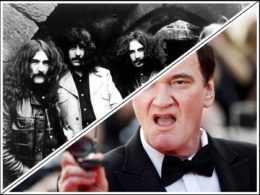 Even the title itself for this article is interesting enough to ask this question: “What is happening?” But…
byBatu Demirbas
No comments 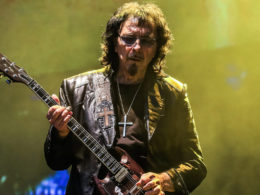 How did Tony Iommi Lose His Fingers?

Tony Iommi is the co-founder and leader of the most successful heavy metal band Black Sabbath. When he…
byOmer Kaan Ayvaz
No comments 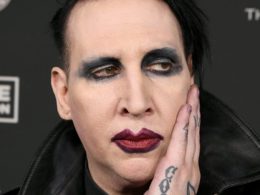 Marilyn Manson is wanted by police in New Hampshire

Marilyn Manson wanted in New Hampshire for an alleged assault during his concert. What is that assault? Who…
byBatu Demirbas
No comments