After having a great and long-lasting career, Metallica announced its enormous 40th year anniversary celebration this past July, by this statement:

“The band will mark this milestone by inviting the worldwide Metallica family to join them in their hometown of San Francisco for two unique live shows featuring two different setlists December 17 and 19 at Chase Center. Tickets for these shows were made available only to registered members of Metallica’s Fifth Member fan club.”

During the celebrations, Metallica got on the stage at Chase Center after a long time, their last performance on the September 2019 S&M² concerts. And tons of fans from all around the world flocked to the concerts in San Francisco all weekend. Afterward, the regarded metal band also curated other events all around the city, after the long four-day weekend of celebrations started on Thursday, December 16.

After celebrating their 40th year, Metallica performed at Welcome To Rockville, which is a four-day rock festival. And the festival had kicked off its 10th edition with regarded band’s performance on November 11 at Daytona Beach, before Metallica also performed another show with a different setlist on November 12, again.

Ultimately, during those shows, the beloved band’s performance of Don’t Tread On Me from the festival on November 14 was actually being professionally filmed, and released by Metallica recently. You can watch their performances down below, shortly after.

Formed in 1981, Metallica has become one of the most successful and richest bands of all time, breaking many records including selling more than 125 million albums worldwide. As the regarded band had started its successful journey already, their first music video One, which belongs to their fourth studio album …And Justice for All, has become one of the greatest promo videos in rock music history.

And Don’t Tread On Me belongs to the self-titled fifth album of Metallica, which is often called The Black Album, as well. The album was released in 1991 and debuted at number one on the Billboard 200. As the song’s name was connected with the American Revolutionary War, its lyrics constituted the motto of the Gadsden flag, and the snake image on the flag is pictured on the cover of the album.

Ultimately, while the regarded band was celebrating its 40th year anniversary, there have been 40 exclusive interviews made to honor their 40th anniversary, including the band’s first music clip’s director Michael Salomon‘s interview among them, as Salomon reveals their first and tense meeting for One‘s video.

Appearing on an interview for Metallica’s 40th anniversary, Michael Salomon recalled the band’s members’ first reaction to the clip, as James Hetfield and Lars Ulrich freaked out when they saw the clip’s completed version. As both of the band’s leaders didn’t seem to be convinced about the rough cut of the video, James Hetfield also stormed out during their tense meeting, remembers Salomon.

You may find out more about the interview of Metallica the One’s clip director, and more here, if you wish.

Metallica Will Stream Live for the Upcoming 40th-Anniversary Shows Globally 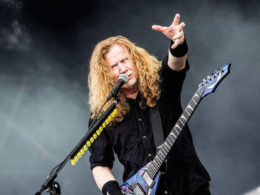 If you haven’t heard Cameo before, it’s a video-sharing website. Users pay a fee to get their desired…
byBatu Demirbas
17 shares
17
0
0
No comments 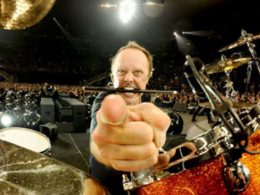 As the regarded band Metallica celebrated its 40th year anniversary just recently with a historic pair of 40th-anniversary shows, its drummer…
byYaren İlayda
23 shares
23
0
0
No comments 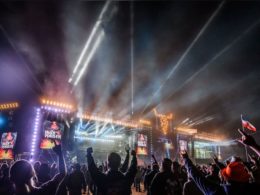 Wacken 2023 first lineup and headliner bands announced the end of the festival. The festival takes place in…
byYunus Emre
1 share
1
0
0
No comments 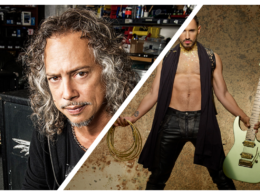 American guitarist, songwriter, producer, philanthropist, and environmentalist Angel Vivaldi was a guest at The Pit. During his appearance…
byBatu Demirbas
10 shares
10
0
0
No comments