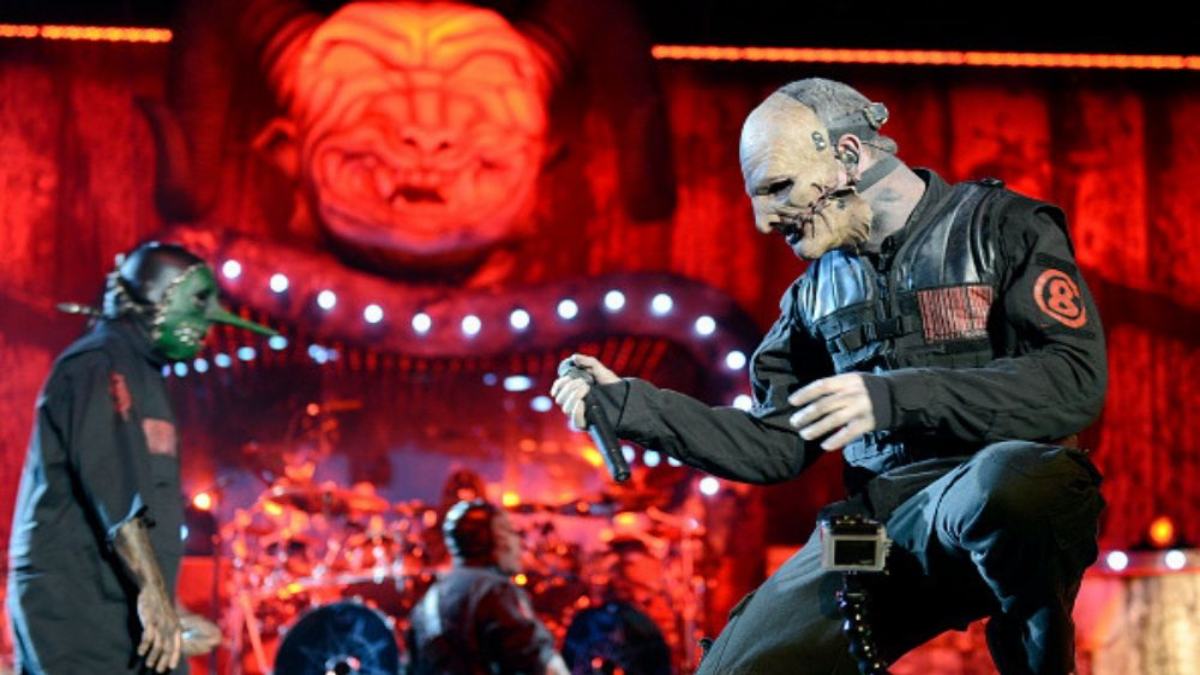 As the fans have been still waiting eagerly for a long time, Slipknot had to postpone its upcoming Knotfest Japan event, for a second time again. As the event got postponed with an announcement, there were also the new dates attached, as well.

Formed in 1995, Slipknot has always been paid attention to for its aggressive style of music, chaotic live shows filled with energy, along with the member’s attention-grabbing styles. And like their music, the nu-metal band has an enormous fan base following them as it also keeps growing still.

So, as the famous nu-metal band has recently released its new song, titled The Chapeltown Rag, the fans got even more impatient to see their performance in Knotfest Japan. Considering the band’s energetic and attention-grabbing style, it’s no shocker that the fans desire to unite with them, as Slipknot blows the stage up along with its brand new song. The beloved band hasn’t released a new song since We Are Not Your Kind released in 2019.

Created in 2012 by the regarded metal band Slipknot, Knotfest is a music festival, holding both as a touring festival and a destination festival in several countries. The fans of the famous band have been getting the chance of seeing their beloved band live, even if they seem far away, as Slipknot hasn’t forgotten any of them, touring around the world to meet them in the United States, Canada, Japan, Mexico, Colombia, and France.

Besides the owner of the fest, there have been also other famous bands performing at the awaited fest, such as Deftones, Marilyn Manson, Lamb of God, Bring Me the Horizon, Prong, Deadly Apples, Amen, Butcher Babies, and Prayers, as they all performed in the past events of Knotfest, so far.

On the other side of Slipknot’s Roadshow tour, the band wrapped its all-U.S. Knotfest Roadshow tour with Knotfest Los Angeles, so far. But while the years have been passing, Slipknot still couldn’t manage to perform Knotfest’s part of Japan, as it’s been pushed for another year, again.

During the ongoing COVID-19 pandemic, Slipknot had to postpone its signature fest’s Japan arm, two times, as the first postponement had come in March 2020, to be postponed to January 2021, and later 2022. And just recently, Slipknot and Knotfest’s organizers announced the new dates of the awaited dates, hopefully for the last time.

“COVID restrictions are still not allowing us to perform. Unfortunately, we must postpone Knotfest Japan, but we look forward to coming back and performing for you on April 1–2, 2023.”

“Keep each other safe, and we’ll see you very soon.”

And the organizers supported the famous band with their following announcement about the postponement of the upcoming event of Slipknot, stating,

“After thorough discussions and consideration by the organizers of Knotfest, Slipknot, and their management, we must, unfortunately, report that Knotfest Japan 2020 will be rescheduled. The festival was previously scheduled for April 9th and 10th, 2022.

We have come to this decision due to ongoing changes with coronavirus mandates in Japan and the uncertainty of how regulations of entry into Japan will stand in 2022. As we anticipate the indoor festival to draw large crowds of people, our first priority is to provide the safest environment for the fans, artists, staff, and everyone involved.”

Ultimately, already purchased Knotfest Japan 2020 tickets will still be able to be used, as the refunds will be able to be obtained during a period, ending on December 22, from the fest’s site, here. So, if you are among the ones that couldn’t matched up the dates so far, it is a perfect time to hit the site to purchase your tickets. But if you won’t be able to go to the upcoming fest of Slipknot according to new dates, you might also want to check out the side, before the deadline ends for the refunds, as well.

Here is also the official announcement post of Slipknot’s Knotfest Japan, below.

Debuting with its self-titled album in June 1999, Slipknot released 6 studio albums, 2 live albums, 1 compilation album, 1 demo album, 25 singles, 5 video albums, and 27 music videos, so far. And their albums mostly hit the tops of charts all around the world, selling over 30 million worldwide, as well.

You may also want to take a look at Slipknot members’ net worth in 2022, along with more detail about their albums and life.