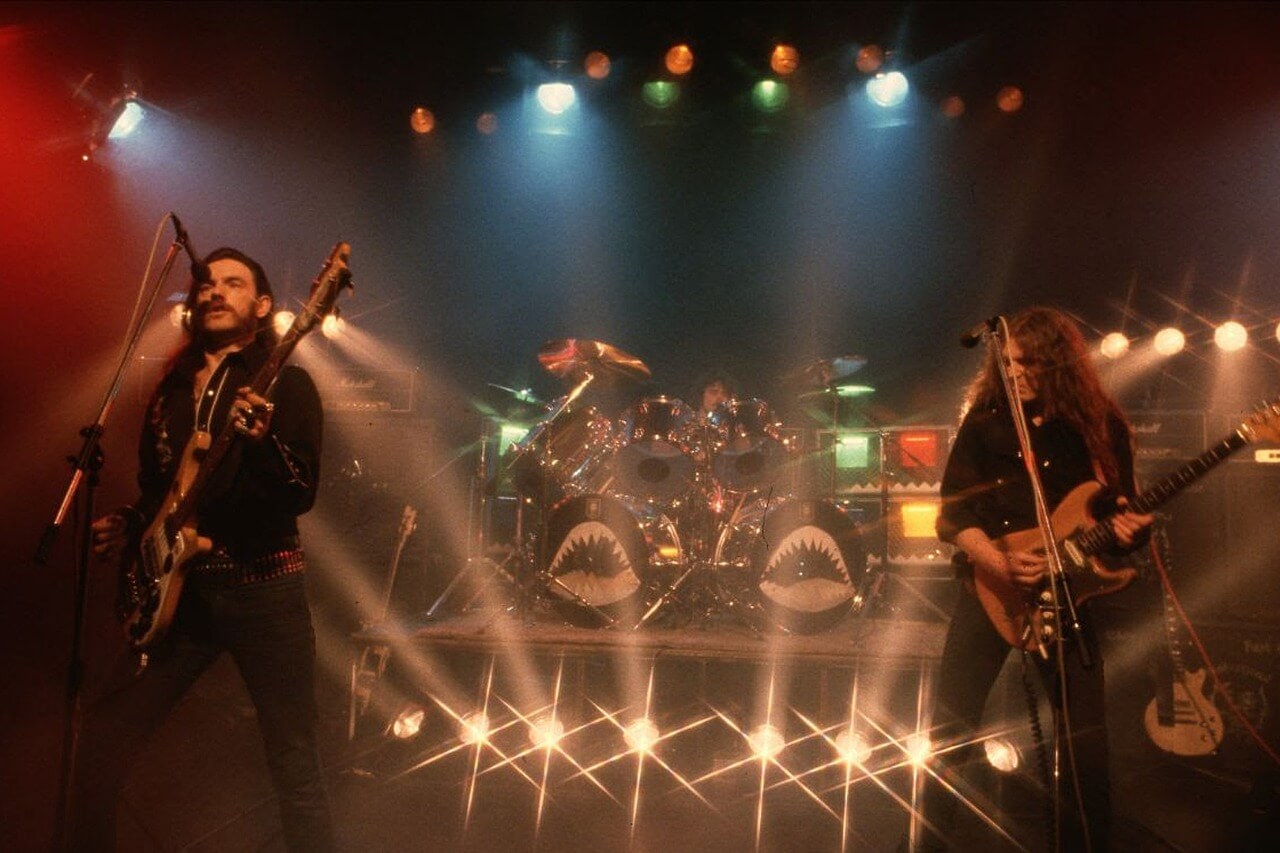 The famous heavy metal band, Motörhead, was formed in 1969. The band is regarded as the pioneer of the new British heavy metal. During their short career, they achieved many musical successes. They won a Grammy award, two Kerrang! Awards, and more.

Ian (Lemmy) Kilmister was born in 1945. When he was a child, he got the nickname Lemmy. He had used it until his tragic death. One day, his school friend brought a guitar to school. Because of his guitar, he was surrounded by girls. This situation affected Lemmy Kilmister. Thus he developed an interest. He wanted to buy a guitar for himself. However, he could not afford it. Luckily, his mother realized his interest in the guitar. Lemmy Kilmister‘s mother bought him a guitar as a birthday present. He took the guitar to his school. And he was surrounded by girls like his friend. Even he did not know how to play guitar.

In 1960, Lemmy Kilmister dropped out the school. Then, he moved to Conwy with his family. There he worked odd jobs. When he was working, he saw the Beatles on the stage. This moment might be astonishing for him. Because After the concert, he learned how to play the entire Beatles album, Please Please Me.

At the start of the 60s, Lemmy Kilmister was playing in the local bands like Sundowners. However, he could not earn with them what he expected. That’s why he decided to play big. In 1965, he joined The Rockin’ Vickers. With the band, Lemmy Kilmister toured Europe.

Lemmy Kilmister played on the Hawkwind band’s popular single, Silver Machine. With Lemmy Kilmister‘s performance, the single reached #3 on the UK singles chart. He was caught while he was carrying drugs. That’s why he was fired from the band in 1975.

Lemmy Kilmister formed the band(Bastard) wüth his friends Larry Wallis, and Lucas Fox in 1969. He wanted to beat Hawkwind on the charts. However, he could not do it with the band name(Bastard). That’s why he changed the band name to Motörhead.

What was Motörhead worth?

Lemmy Kilmister died in December 2015, aged 70. At the time his estate Motörhead frontman was thought to be worth around $8 million. But, new records released by the London probate court suggest that Lemmy was worth only 646,000 dollars at the time of his death.

He passed away in 2015 after his 70th birthday. His death shocked the music world. According to the lawyers’ report, his net worth was $1 million when he died.

Motörhead’s famous guitarist, Philip Anthony(Phil) Campbell, was born in 1961. He became popular with the heavy metal band Motörhead.  When he was ten years old, he liked listening to music records. He was influenced by popular artists such as Tony Iommi, Jimi Hendrix, and Jimmy Page. When he was 12 years old, he wanted a signature from Lemmy Kilmister after a Hawkwind concert.

In 1979, Phil Campbell formed his band called Persian Risk. He released two albums and three successful singles with the band.

In 1984, Phil Campbell joined Motörhead after Brian Robertson left the band. He played on the band’s most popular compilations, No Remorse. Then Phil Campbell toured with the band several times. He reminded a constant member of Motörhead until Lemmy Kilmister‘s tragic death.

After Motörhead disbanded, he released his solo album, Old Lions Still Roar, in 2019. Then he formed his second band, Phil Campbell and Bastard Sons, in 2016 with his sons. They released their first album, The Age of Absurdity, in 2018.

As of 2022, Phil Campbell’s net worth is 8 million. He is the second richest Motörhead member.

Micael Kiriakos Delaoglou (Mikkey Dee) was born in 1963 in sweeden.When he was a teenager, he joined local bands such as Nadir and Geisha. Then, Mikkey Dee decided to want more. That’s why he joined a famous band, King Diamond.

While King Diamond was touring with Motörhead, Lemmy Kilmister asked him to join the Motörhead band. Mikkey Dee accepted this offer in 1992. He released 13 albums with Motörhead.

Mikkey Dee is the richest member of the Motörhead band. Mikkey Dee’s net worth is 9 million in 2022.