First off we need to point out that “It’s My Life” is the first Bon Jovi song that reaches that point. It’s My Life was originally in Bon Jovi’s 2000 album “Crush”. Not only in the album but It’s My Life was the lead single of that album. Crush album has also a very important place in Bon Jovi’s career.  Because when Crush came out, it ended Bon Jovi’s 5 years of drought, which also stands as the longest studio gap of their career. And of course, when it came out, fans were very happy and they directly started to listen to all the songs on the album. But of those songs become more and more popular. And as you can guess, it was It’s My Life. It’s My Life’s popularity increased more and more every day and that popularity even helped it got nominated for “Best Rock Performance by a Duo or Group With Vocal” in the 2001 Grammy Awards.

2001 Grammy Awards was a huge competition between huge bands and their popular songs as Creed (“With Arms Wide Open”), Foo Fighters (“Learn to Fly”), Red Hot Chili Peppers (“Californication”) and winner U2 (“Beautiful Day”) were competing alongside the Bon Jovi’s It’s My Life.

It’s My Life’s Sucess Around The World

Even if it became so popular and now we call it among the “legendary 2000s songs” It’s My Life wasn’t that successful in the Billboard Hot 100 chart by only peaking at No. 33. But in some other countries, it was a lot more successful and topped the charts in 10 countries. Mitsubishi Motors noticed the popularity of It’s My Life and used the song in promotional videos between 2001 and 2004.

The music video for It’s My Life is also very iconic and popular. We see Tommy and Gina characters from their Livin’ on a Prayer. During the video, Tommy runs through the streets of Los Angles trying to reach a concert. Here’s the iconic video:

Let’s see which iconic rock song is going the be the next one reaching a billion views. Don’t forget to share your comments and thoughts about it. We will be sharing news on popular songs hitting 1 billion views. 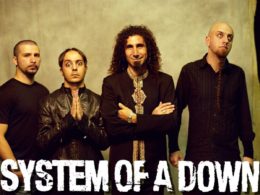 10 Best System Of A Down Songs

Choosing which ones are the best is hard, especially while talking about the songs of System of a…
byOmer Kaan Ayvaz
15 shares
15
0
0
No comments 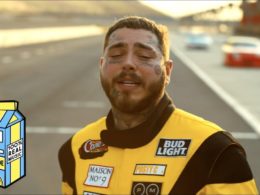 A couple of days ago we’ve shared some news about American rapper Post Malone. For the rapper‘s birthday,…
byBatu Demirbas
No comments 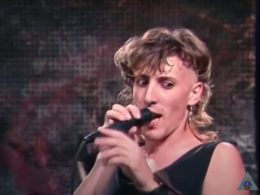 Maynard James Keenan and Anthrax guitarist Scott Ian had a supergroup called Titannica. About 30 years ago in…
byYunus Emre
34 shares
34
0
0
No comments

20 years ago in May 2001, TOOL released their album Lateralus. This album by the alt-metal band TOOL,…
byBatu Demirbas
2 comments