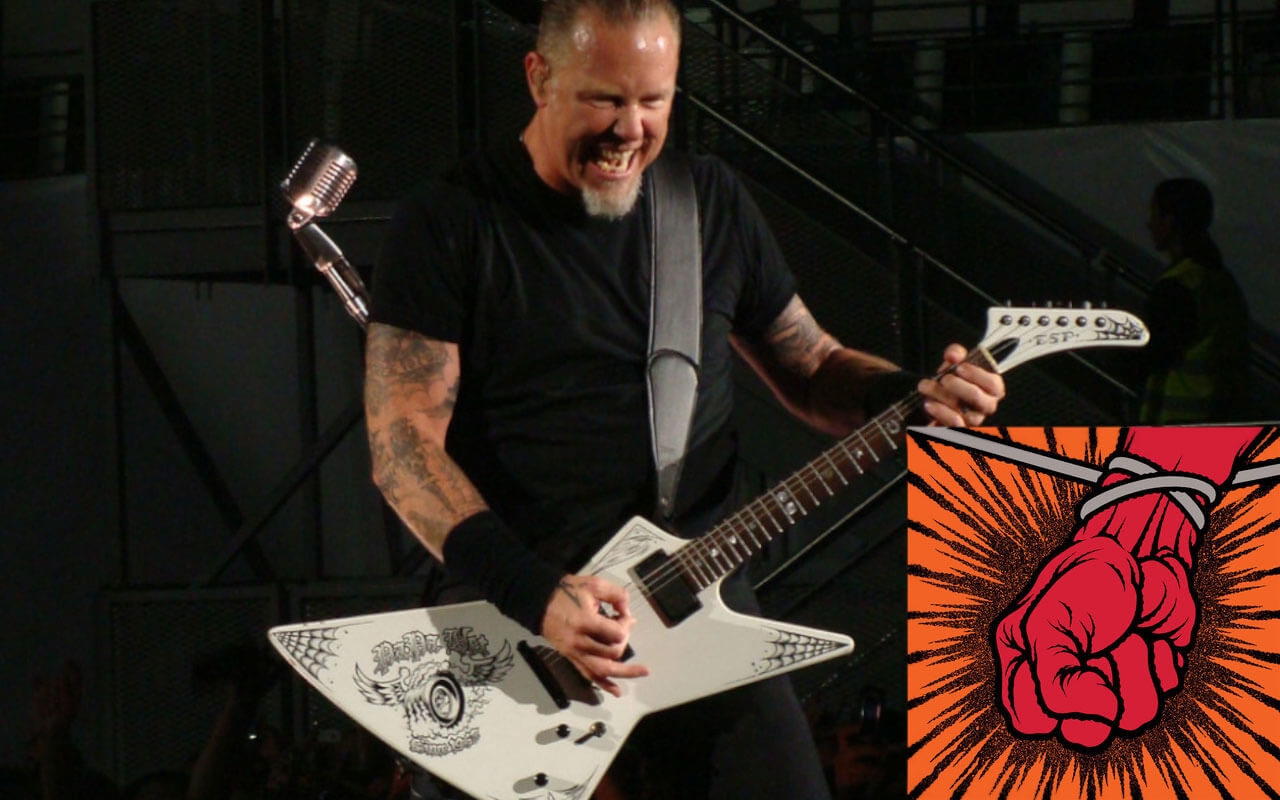 Metallica frontman James Hetfield react to the fans who don’t like St. Anger‘s song live performance. This Metallica track from the year 2003 album “St. Anger” is causing an extremely strong reaction by fans. It’s also so controversial about the “St. Anger” album among the fans.

St. Anger is the eighth album of Metallica that was which was released on June 5th, 2003. It was the final Metallica album to be released via Elektra Records. And the final collaboration between Metallica along with long-time producer Bob Rock, with whom Metallica had been working since the year 1990.

Regarding to Metallica‘s first album with an official trio, since bassist Jason Newsted left the band before the recording sessions The band took up an invitation from Bob Rock to perform bass on the album in Jason Newsted’s absence. The song is the basis of the documentary film Metallica: Some Kind of Monster.

For a few minutes during their summer tour in 2022. James Hetfield had a good time asking the audience to share their opinions about St. Anger and then experimented with the crowd by saying that they’re planning to perform “eight further tracks” from the album – to see the disgusting faces.

In one video that shows James Hetfield‘s announcement singer-songwriter pauses at the end of each song to ask “Question for you.” You can answer it honestly and in the most accurate manner to your ability about St. Anger. He asks as he thumbs up after which he follows up with two thumbs down to determine how many people think the album is negative.

The video shows audible booing throughout both sections. James Hetfield can be seen laughing in the background and keeping a sense of humor even during the show.

James Hetfield laughs and says “I’m trying to motivate you. Let’s try again will?” before the band dive deep into Dirty Window, the fourth track on St. Anger.

Another video features James Hetfield laughing with the crowd and telling the crowd, “That one’s from your most loved album St. Anger!” He then responds to cheers by saying, “Oh come on, it’s gaining popularity now. Give it longer and you’ll see it!” And then adding, “OK, eight more songs from St. Anger, ready? Just kidding!”

The comments of fans admiring James Hetfield’s sense of humor, and one person even said “Gotta enjoy James Hetfield’s style of humor, even for the album he’s released” Many fans agree with the idea that St. Anger isn’t deserving of the criticism it receives. Another person has commented: “I love how he’s telling us, ‘Give me time buddy, you’ll find it.’ You’ll discover this album in the deepest lowest moments and it’ll be clear in the future.”

You can watch the Metallica reactions to the haters’ videos below!